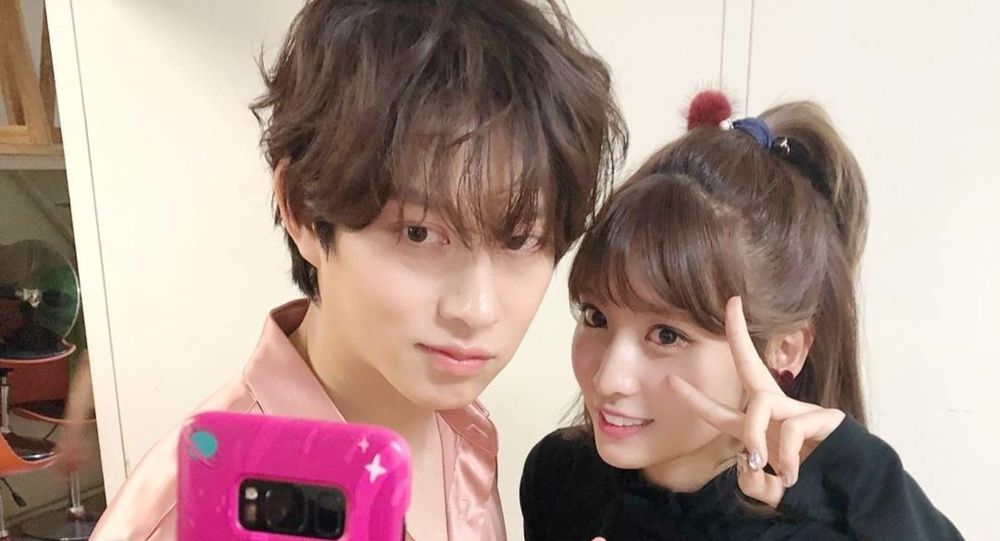 Fans Flood Internet With Memes as SuJu's Heechul, Twice's Momo Confirmed as Being a Couple

The artists’ agencies, Label SJ and JYP Entertainment, recently confirmed that the two celebrities are dating.

Fans have flooded social networks with memes in support of the new couple – Heechul from Super Junior and Momo from Twice, whose relationship was confirmed earlier in the day. The revelation about a romantic relationship between the two celebrities is making headlines in the K-pop world on 2 January leaving behind South Korean media source Dispatch, which has a tradition of announcing stars’ relationships at the beginning of the year, but this time the media outlet was silent.

The "love affair" between Heechul and Momo was reported by Media Market and later confirmed by the two celebrities agencies.

Both fandoms, ONCEs and ELFs, reacted to the news of their favourite idols dating with warmth and even made jokes about it.

Kang Daniel and Heechul seeing each other at Twice's dorms for the first time pic.twitter.com/scUxAlZe5d

these comments are killing me 😂😂😂 pic.twitter.com/UCwteXYutt

how to get a girlfriend

proven and tested by: kang daniel and kim heechul

— dance to twice’s signal and jjirit jjirit in front of the person you like 😂 pic.twitter.com/xTUKqWFe7n

heechul and momo are dating with 13 years apart

me on my way to seokjin's dorm to court him:pic.twitter.com/xo2ucXGeMF

*Me on my way to fetch yixing because he needs to find a girlfriend within this year* pic.twitter.com/vej8pcvm6d

Congratulations to Heechul & Momo for becoming a couple. May their fans & netizens support their relationship & wish them happiness ❤️#Heechul #MOMO pic.twitter.com/RrZST7ew7V

nayeon and jeongyeon fighting about who is gonna take jihyo to daniel and momo to heechul pic.twitter.com/3mRGRBDkhx

​In August of last year, Kim Heechul and Momo were rumoured to be dating, but at the time, they denied it. However, as the speculations about the love affair re-emerged, both companies acknowledged the relationship.

Kim Heechul debuted with Super Junior in 2005, and is active and well-known on entertainment programmes such as JTBC's "Knowing Brother" and MBC's “Weekly Idol”.

Momo is a Japanese singer, who debuted in 2015 with JYP’s group TWICE and is one of the most popular foreign idols among K-pop stars.