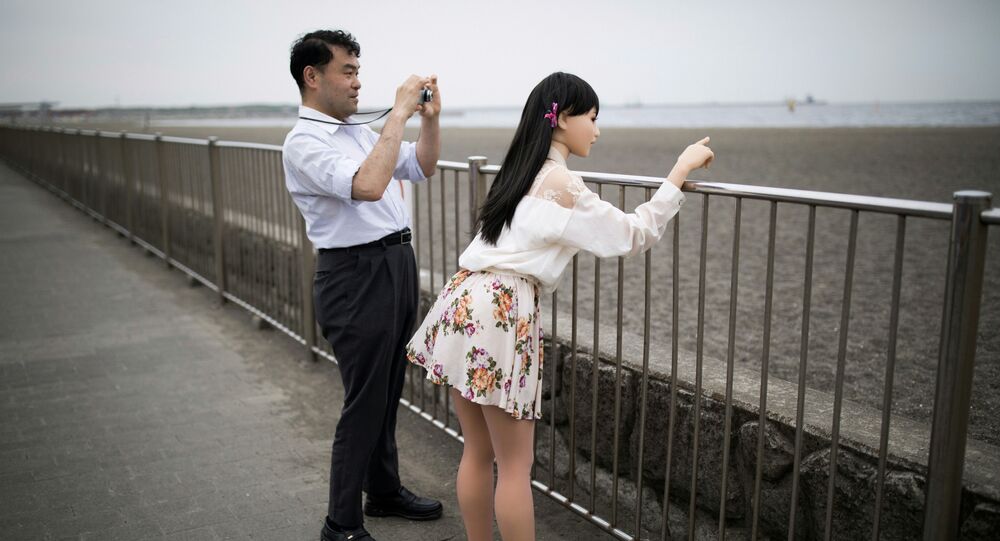 Although the sex doll industry made a giant leap in the 2010s thanks to tech advances and the implementation of artificial intelligence tools, the next decade promises to take sex robots to a new level, key manufacturers suggest.

Sex robots, some of which can already respond to human touch with the help of sensors or engage in a simple conversation, will become even more sophisticated and unrecognisable to humans in just five years, RealDoll founder Matt McMullen told The Daily Star.

According to him, by 2025 the dolls might be so realistic that a person would be unable to discern that it is a creation of a human until they are mid-way through a conversation. His company is already making such life-size toys more similar to humans, installing face recognition tech. This would enable robots to differentiate an owner in a crowd. AI tech opens a big playing field for the industry, he suggested. Although “that's a little bit further out”, as he put it, he pointed out that “the engineering side and the artistic side will come a long way in the next 10 years”.

"AI may start to approach something in the mammal category but I don't see, necessarily, human-like intelligence and as such I don't think we can even consider the idea of human like self-awareness. That is really the big can of worms that people worry about with AI”, he said.

McMullen told the outlet that the dolls’ appearance is also going to “drastically improve” within five to 10 years.
Louie Love, the founder of another “big boy” on the sex doll market – Silicone Lovers, insists that their new designs are already so human-like in terms of “looks” that it is “quite easy to mistake the dolls for humans”.

"We've reached that point where we've passed the ‘uncanny valley' syndrome and dolls actually look like real people, both male and female. As technology is becoming more advanced, so are our doll designs, one simple example is some dolls are now being created with 3D body scanners of humans", he explained, referring to a hypothesis that humanoid objects that imperfectly resemble people provoke eerie feelings.

© CC0
AI Erotica: Sex Robot That 'Breathes' Poised to Take Adult Entertainment Market by Storm
However, according to Love, "it may well be many decades not years as many wish" for sex robots to reach this level.
AI expert Dr David Levy, in his turn, expects personalities to be able to be uploaded to robots in the near future, branding human-computer conversation “one of the biggest if not the biggest unsolved problems of AI”.

"And I will always believe that in order for a sex robot to reach a kind of pinnacle where they are almost indistinguishable from humans, it has to have good conversation. If you want a relationship with someone, you want it to be an interesting, amusing and loving conversation”, he said.