The so-called 22 Convention scheduled for May next year has come up with a slightly upgraded version of the MAGA slogan, Make Women Great Again. For about $2,000, its attendees are to be enlightened about what makes an “ideal woman”, how to withstand “toxic bullying feminist dogma” and learn what to do about “body positivity” lies.

The 22 Convention, marketed as the “world's ultimate event for women, by men” and the “mansplaining event of the century”, has triggered a storm of angry comments online with its programme and goals. The event, which is to be held for three days in May 2020 in Orlando, Florida, specifically for biological females, has made some commenters ask if this is some kind of a trolling performance.

The 22 Convention This is a joke, right? https://t.co/yjkX6Erpa9

Someone please tell me that this @22Convention is some kind of bad viral marketing joke. As a man of Orlando I absolutely do not want these worthless fucks in my city. Take your bullshit misogyny to a backwater flyover town where it belongs. https://t.co/iQiOSek0gV

​Others did not appear to have any doubts about this being real and lambasted its organisers.

I swear to god this is the actual most pathetic thing to have ever happened in the whole universe. https://t.co/Hn0uaZIwqo

I can't unsee the 22 Convention publication page. I might have thrown up a little in my mouth.

“DESTINED TO BE THE MANSPLAINING EVENT OF THE CENTURY”

What in the privileged male mansplaining hell is THIS????https://t.co/sMzGsgELA1

A lovely story about how to "Make Women Great Again"!!! Oh it's a rough one... Check it out if you dare...https://t.co/avVLbyBZkA

​The convention of discord is being thrown by 21 Studios, which is behind the “pro-father, pro-man, pro-masculinity” 21 Convention, for men only and hosted for more than 10 years now. Like its male-only counterpart, Orlando’s gathering is based on traditional values and promises to “Make Women Great Again”. According to the highlights outlined on its online page, the convention stakes on femininity, taking aim at feminism. So, it aspires to reveal to its participants the truth that “unhealthy militant feminists have been hiding from you your entire life”.

“Hiding under a mask of fake progress, feminism today has become a radical assault on all forms of positive femininity. Through an onslaught of anti-feminine propaganda spanning generations, women today have been pushed to act like men and DENY their own feminine nature”, the website says, complaining that this has left “millions of women feeling unhappy, confused, frustrated, and hopeless”.

Feminism is not the only enemy the convention is fighting against. This list also includes what the organisers describe as “the war on motherhood”, resulting in “poverty, crime, mental health issues, and overall decline in well-being” in the US and the West, according to them. They blame “feminist anti-motherhood propaganda” for this, as well, and encourage women to reproduce and have “unlimited babies”, warning that “the clock is ticking”.

“Generations of women have been lied to with ‘you can have it all’, a clever way of tricking them into de-prioritizing motherhood until ~90% of their eggs are dead by 30”, the introduction to the event says. 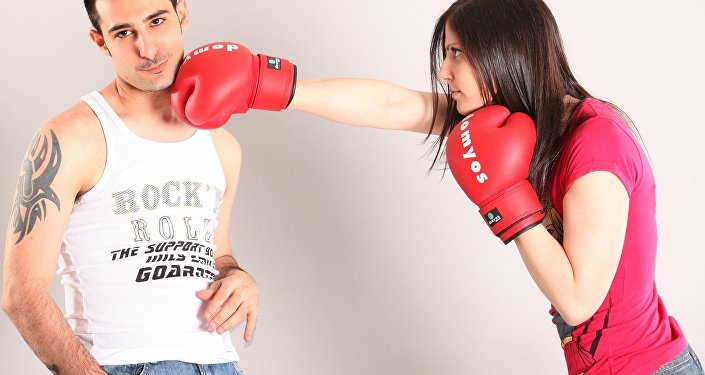 © CC0
Feminism is Appealing for Ugly, Low IQ Women - Sociologist
Obesity and “body positivity” lies are also blacklisted by the 22 Convention, which promises attendees to fight it.

“Being sick and obese ... is not beautiful. Taking good care of your body is beautiful in process and outcome. Men admire healthy, fit women. They are after all sizing you up for reproduction, and your decisions will be passed on to your children through the choices you make via epigenetics,” the website says, promising to teach guests how to be an “ultimate wife” and “get in the best shape ever.”

However, the way to femininity and “unlimited babies” is not going to be cheap as the tickets to the “mansplaining” and femininity–centred course cost $1,999.