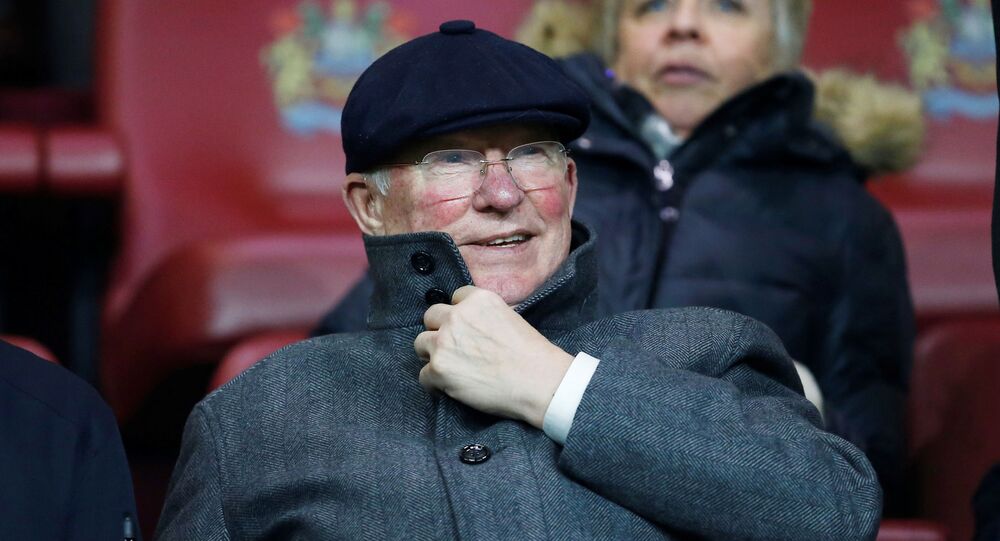 New Delhi (Sputnik): With 49 trophies over the course of his managing career, Sir Alex Ferguson is widely considered as the most successful manager in the history of football.

Many took to Twitter to send out birthday wishes and thank him for making them fall in love with football:

Legends don’t come much bigger than this.

To the man who made me fall in love with Football!!
There is nothing better than seeing you happy. Wish you happy and blessed life.#SirAlexFerguson pic.twitter.com/7WwGNzdi2b

It shouldn't come as a surprise that he who chose the last day of the year to be born went on to establish Fergie Time.
Happy Birthday Gaffer, The Legend.@ManUtd @reshmikasingh @shibani_mufc #SirAlexFerguson #HappyBirthdayGaffer#ManchesterUnited pic.twitter.com/eOHwVm8Wc6

The Scottish-born Ferguson started his managing career in 1974 with East Stirlingshire, a Scottish club, at the age of 32.

During his managing career, Ferguson, who was knighted by the Queen at Buckingham Palace, has faced multiple controversies, from labelling a BBC documentary on him as "rubbish, made up stuff and brown paper bags" to kicking a boot at England legend David Beckham’s face.

Ferguson in his autobiography (2013) also revealed that Beckham would have become an even better player if he hadn't married former Spice Girls star Victoria Adams (now Beckham) as she was a distraction for David.

For his constant clashes with referees, Ferguson served 15-match touchline bans during his career along with hefty fines.