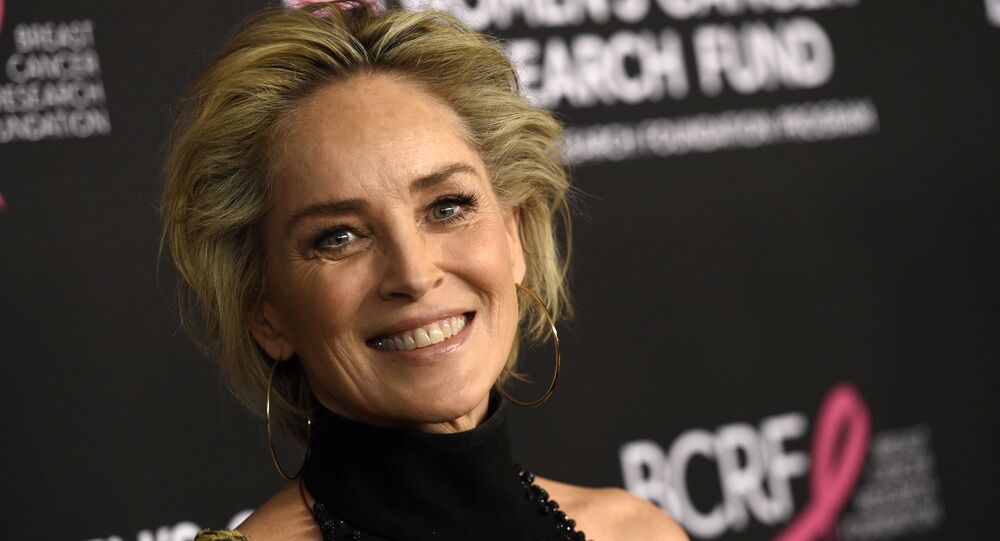 ‘Don’t Shut Me Out of the Hive’: Actress Sharon Stone Booted From Bumble

Actress Sharon Stone, well known for her portrayal of Catherine Tramell in the hit 1990s drama “Basic Instinct,” recently got a rude awakening after dating app Bumble dubbed her account fraudulent and blocked her from the site for several hours.

Shocked over the development, Stone took to Twitter early Monday, informing her more than 138,000 followers that she was abruptly kicked off the account after the company received multiple reports that her profile was a big ol’ fake.

“I went on the Bumble dating [site] and they closed my account,” Stone wrote in an emoji-filled disclosure. “Some users reported that it couldn’t possibly be me!”

“Hey Bumble, is being me exclusionary? Don’t shut me out of the hive,” she added.

​Stone followed up her initial tweet more than an hour later with a screenshot from her account that read: “You’ve been blocked.”

​Within moments, netizens began chiming in, urging the dating company to stand down and allow Stone to return to the site - some individuals even asked the actress out on a date.

​With the Twittersphere up in arms over the move, it wasn’t too long before Bumble officials were made aware of the case. The company’s official Twitter account explained the mishap to Stone and said, “Catherine Tramell from ‘Basic Instinct’ gets a pass today!”

​Clare O’Connor, the editorial director at Bumble, noted that measures were taken so that Stone would not be blocked again.

“AHA! Sharon Stone, we at Bumble found your account, unblocked you, and ensured this won't happen again. You can get back to Bumbling! Thanks for bearing with us and hope you find your honey,” O’Connor wrote, before telling another Twitter user that the incident was not a PR move for the company.

USA Today reported that Stone has since been invited to Bumble’s headquarters in Austin, Texas, for “profile prep” assistance. Bumble Director of Community Experience Cecily Moore told the outlet that Bumble users were thrown off by Stone’s account because it was not photo verified.