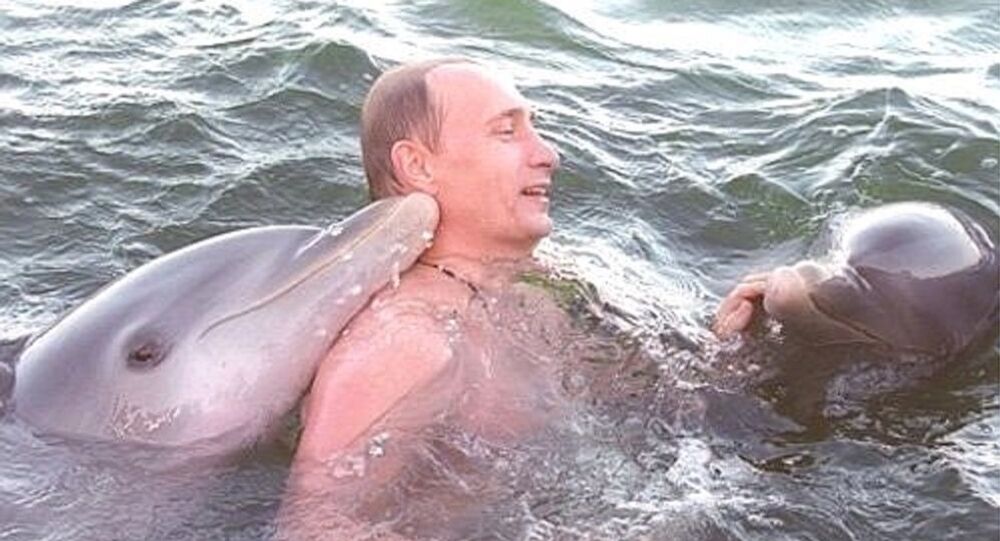 The video was published together with a large archive of photos and videos released Monday on the Kremlin’s website, commemorating the 20th anniversary of Putin’s presidency.

The president’s press service has released never-before-seen footage of Vladimir Putin swimming with a pair of friendly dolphins.

According to the press service, the video was shot in the world famous Cuban health resort of Varadero in December 2000 during Putin’s official visit to the island nation.

The footage was just one of about 600 photos and over two hours of video made available on a new section of the Kremlin’s website dedicated to the 20th anniversary of Putin’s presidency. The site promises users “the most vivid and interesting photos and videos of past years”, with some of them said to be well known, and others seen for the first time.

Putin became Russia’s President on 31 December 1999, when President Boris Yeltsin announced that he would be resigning before the completion of his second term in office, and named Putin, then the country’s prime minister, as his successor. Putin served two terms between 2000 and 2008, and served as prime minister between 2008 and 2012 before being reelected as president. In 2018, Putin was elected for a fourth presidential term.

The president is known as an avid lover of animals. Earlier this year, he was gifted a Yugoslavian Shepard dog during his visit to Serbia. The pup joined Putin’s other dogs – Verny, Buffy and Yume. During the course of his time in office, Putin has also regularly been spotted interacting with all kinds of animals, from horses and baby elk to tigers, flocks of Siberian cranes and even Polar bears.