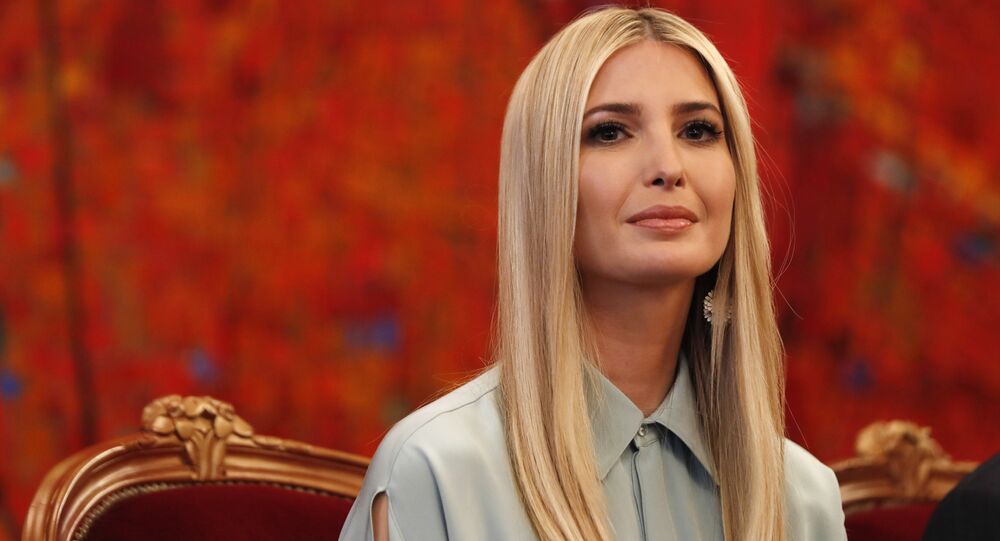 President Donald Trump has repeatedly expressed concern over flows of migrants coming to the United States through Mexico, insisting that a border wall should be in place in order to prevent criminals from entering the country.

During an interview with CBS News’ “Face the Nation” on Monday, Ivanka Trump preferred to dismiss a question about the separation of migrant families by the Trump administration, saying that she has nothing to do with the issue.

“Immigration is not part of my portfolio. Obviously, I think everyone should be engaged, and the full force of the US government is committed to this effort of border security, to protecting the most vulnerable. That includes those being trafficked across our border”, she noted.

After being vocal against the administration's "zero tolerance" policy, @IvankaTrump says "everyone should be engaged" in the immigration debate. "The full United States government has been focused on this issue, starting with the president." pic.twitter.com/eWGJRemC1k

This immediately caused uproar from netizens who were united in their condemnation of Ivanka’s remarks.

“Ivanka’s portfolio only covers photobombing and lots of vacations”, one user claimed, with another netizen blaming President Trump’s daughter for “constantly lying”.

There is absolutely no reason for this person to be on television.

Ivanka’s statement is laughable. The president’s “focus” on the immigration issue has been nothing but harmful & a disastrous violation of human rights. Plz call her out! There’s no other way to spin it!

I can’t listen to her lies

Honesty is not a part of the #TrumpPortfolio.

She’s a very visible part of this administration and thus complicit in its ugly, racist, cruel and inhumane policies. You allowed her to avoid answering, avoid taking responsibility, and whitewash this inhumane policy. Shame on you.

Ivanka’s portfolio only cover photobombing and lots of vacations.

She’s constantly lying. The full force of the government is committed to separate children from parents, still. They are denied flu shots, they die of flu. Trafficking or not, they are children. Where is the compassion for other human being who are desperate knocking at our door.

While almost all users pointed the finger at Ivanka, some preferred to draw attention to what they slammed as “softball questions in order to get her on air”.

Face the Nation should be ashamed of itself for calling that “news”, one angry user wrote on Twitter.

This is journalistic malpractice. You, @margbrennan & @CBSNews have failed the nation. Good luck sleeping.

Horrible interview and interviewer. Why would you give this person airtime to spew propaganda with no pushback.

@FaceTheNation You are bad at journalism. Find another job.

@CBSNews shame on you!

Softball questions in order to get her on air. I have so many questions why don’t you in the media ask hard questions?

After about 2,700 migrant children were separated from their parents during the implementation of Washington’s “zero tolerance” policy last year, US President Donald Trump ordered a halt to the separations.

POTUS is highly concerned over flows of migrants coming to the United States through Mexico, calling for a border to be built in the area in order to prevent criminals from entering the country.

The situation at the southern US border escalated last fall, when a caravan, including thousands of people from Central America, attempted to cross into the US through its border with Mexico. Additional US troops have been deployed to the border area in order to counter the attempted migrant invasion.