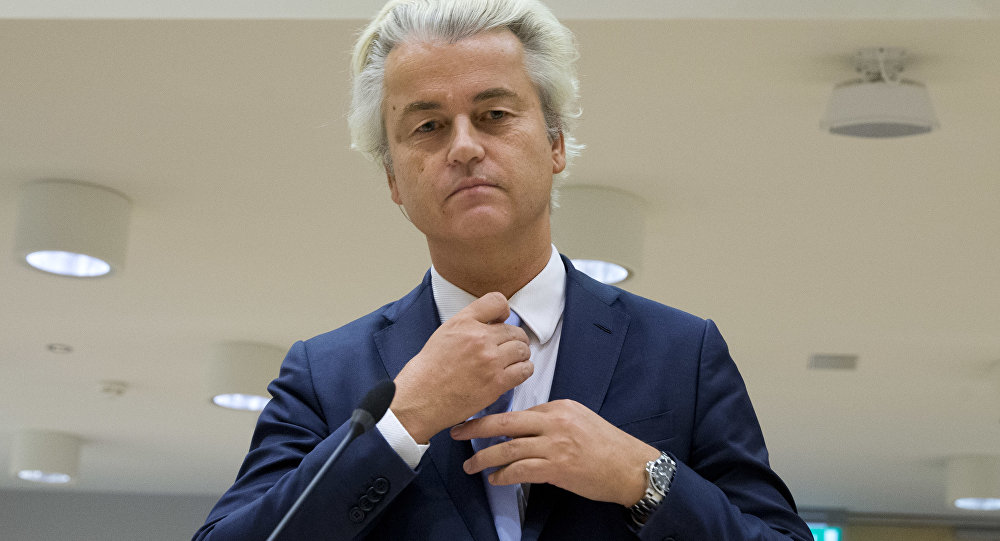 While some netizens regarded Wilders’ initiative as a provocation, others recalled the shooting at the Charlie Hebdo offices nearly five years ago, as that newspaper was also known to publish cartoonish depictions of the Muslim prophet.

Geert Wilders, Leader of the Dutch Party for Freedom (PVV), has apparently managed to hold the Prophet Mohammed cartoon competition, which he initially attempted to hold over a year ago.

“Freedom of speech must prevail over violence and Islamic fatwa’s”, the politician announced, as quoted by Reuters, urging people to send him their submissions to the contest.

On 29 December, mere hours after the beginning of the competition, he announced the winner of the contest, tweeting a picture of a bearded man which apparently won first place.

And the Winner of the Cartoon Contest is:

​Wilders’ initiative elicited a somewhat negative reaction online, as a number of social media users seem to have regarded it as a provocation.

I am sorry that I am Dutch because of this guy.

He is a racist and very provocative. Unfortunately a lot of the Dutch belief the thing he tells them and I must say that the terrorist attacks aren’t helping their case

A child? Freedom of expression and unnecessary provocation are different things. In this eye for eye game we'll all end up blind.

Some were quick to recall the 2015 attack on the offices of French newspaper Charlie Hebdo, which had also previously published cartoon depictions of the Muslim prophet.

If it's legal, can someone tell him to arm himself??? The islamic extremists are more than likely going to come for him, just like in Paris a few years ago over a Mohammed cartoon.

And at least one person even mocked the appearance of Wilders himself.

This dude looks awful lot like The Grinch. How about make that a contest instead? Him vs The Grinch.

The Dutch politician initially intended to hold the Mohammad cartoon contest in August 2018 but eventually cancelled it, referring to death threats from Muslims and concerns that other people might be in danger.

Last year, the Turkish Islamic Cultural Federation, which represents 144 Turkish mosques in the Netherlands, also petitioned Twitter to ban Wilders’ account "due to continuous publications on his Twitter account of messages, images and other content which is a display of hateful conduct."