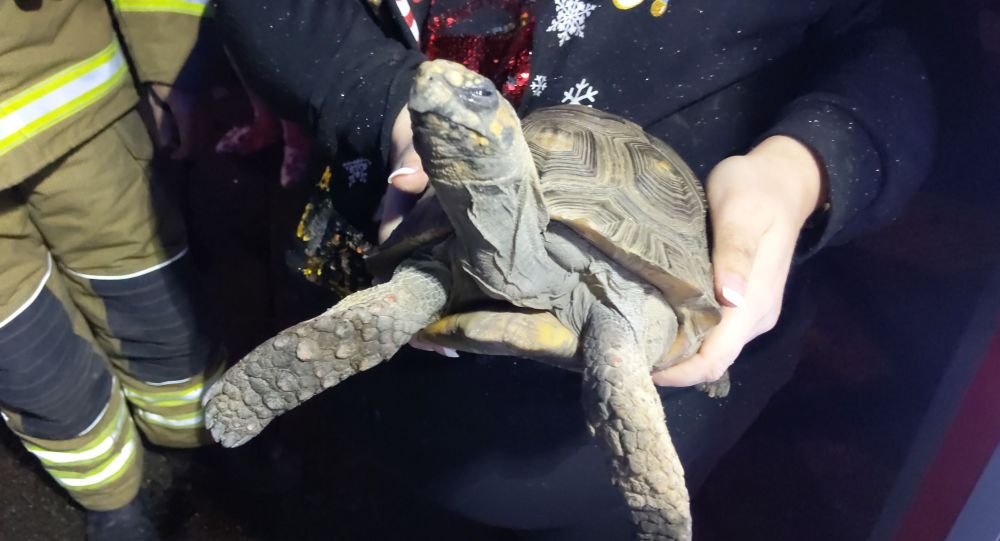 This year, an "angry-looking" tortoise from England will definitely be on Santa's naughty list for his mischievous behaviour. Despite this fact, the reptile actually had a very lucky Christmas as it was rescued by firefighters.

It looks like the unnamed 45-year-old tortoise from Essex was totally on fire on Christmas. When the reptile was home alone, he made the house burn as he knocked a heat lamp onto its bedding, which then caught alight, according to an Essex Fire and Rescue news release.

"The fire started after the tortoise knocked a heat lamp onto its bedding, which then caught alight," the release said.

This 45 year old tortoise might look angry but it's his lucky day. After he set his bedding alight his neighbour heard the smoke alarm and called us. Our on-call crews left their families to go extinguish the fire and gave him a very merry Christmas ➡️ https://t.co/xkk3QsXwGT pic.twitter.com/L3v8fFlu0p

​Fortunately, the neighbours heard the smoke alarm and called an emergency. Firefighters then arrived at the scene and quickly extinguished the fire, saving the animal's life and house.

"This incident shows just how important it is to have smoke alarms on every level of your home - even if you're not home they will alert anyone close by to the first sign of fire," the official added.

The firefighters also posted a snap of the naughty tortoise on Twitter, saying that the reptile might look angry but he had a lucky day.

"This tortoise has had a very lucky Christmas Day - he is 45 years young and will now hopefully continue to live a long and happy life thanks to working smoke alarms," the release said.