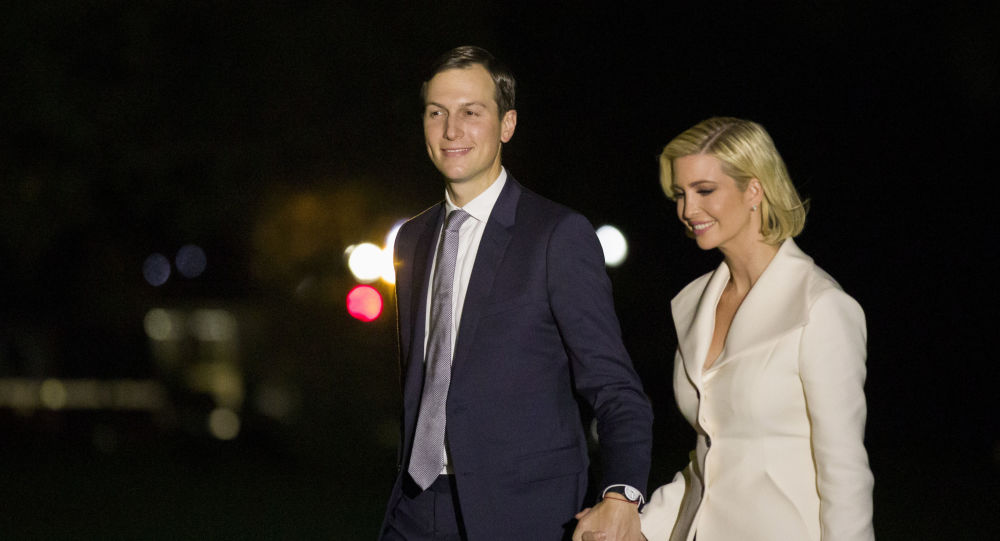 While part of the Trump clan, including the US president, gathered in Florida’s Mar-a-Lago to celebrate Christmas, the first daughter and her husband traveled to Paris for what looks like a romantic holiday. This, however, prompted buzz online as several sneak peeks did not seem to be enough to diminish the curiosity of commenters.

Ivanka Trump and Jared Kusher have headed to Paris for Christmas as the US president’s daughter and aide’s Instagram feed revealed. The “first daughter” has shared highlights of what seems like a stereotypical romantic trip, including all the must-see spots in the French capital: from the Eiffel Tower and the art treasury Louvre to a Paris café.

On Christmas Day, which her father and stepmother spent with Barron Trump, Donald Trump Junior and his girlfriend in Mar-A-Lago, the 38-year-old shared a picture from the tower viewing point as well as a relaxed snap with her husband. Its caption read: “Wishing everyone peace, joy, happiness and love this holiday season! Merry Christmas & Happy Chanukah!”

The couple could not avoid checking out the Louvre and having a look at Mona Lisa. Unlike ordinary tourists who have to put up with crowds in front of the masterpiece, the two enjoyed a tete-a-tete moment and recreated Beyoncé and Jay-Z’s meme-tastic photo from there.

Some were puzzled why there were no children in the pictures, suggesting that they might have travelled without them (it has not been reported if they took them).

Kushner and Ivanka in Paris, at the Ritz Carlton, on Christmas Day, away from their children? Color me not surprised. They certainly aren’t the wake up at home and open gifts by the fire surrounded by family types.

Very sad. Ivanka &Jared doesn’t spend time with their kids. They are in Paris with no kids around them.

So pictures of Ivanka and Jared have been posting while they are in Paris,question who leaves there kids at Christmas and Hanukkah? Talk about the apple not falling far from the tree!!!Self centered too😳😳🙄🖕🏼

​Others were quick to note that she preferred to stay away from her father at Christmas as well.

​Some, however, were more concerned about who paid for the trip after a photo of the two having brunch at the Ritz Carlton emerged online.

Ivanka and Jared are in Paris, guess who pays?

Merry Christmas from the Trump’s and the Republican Party. They are also taking food stamps from 700,000 vets, disabled & children, a Christmas bonus! This in order to pay for tax breaks for rich, golf trips, security in Paris for Ivanka/Jared! Amoral Administration! https://t.co/WYldaqloU2

Damn. There was an avalanche in Switzerland? The only time I wish the Grifters-In-Chief, Jared and Ivanka, were spending our hard earned tax dollars on a ski vacation instead of Paris.

Wherever he is I'm sure he's not at the Ritz Carlton in Paris on the taxpayer's dime with grifters Ivanka & Jared. https://t.co/IY1NBRBKMt