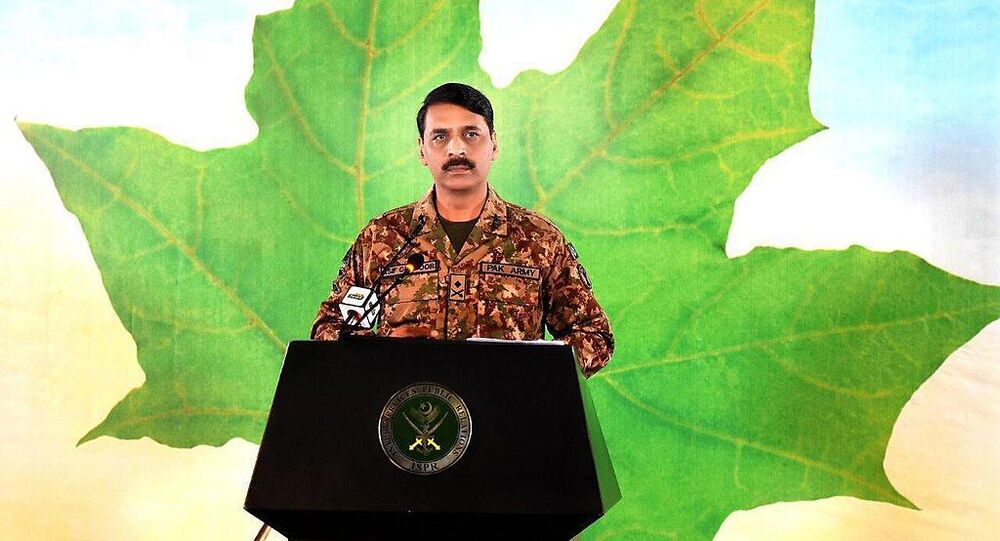 Pakistan Army’s spokesperson Major General Asif Ghafoor appeared to have stirred the hornet’s nest through Twitter on Christmas, by taking aim at a member of Christian community residing in the Indian state of Odisha.

Ghafoor hinted that the Christians, as minorities, are persecuted in Odisha under the “Hindutva obsessed environment”.

“Very Merry Christmas to Christians in Pakistan, across the globe and especially to the those in the states of Odisha and others under the Hindutva obsessed environment,” he stated in a Tweet.

Very Merry Christmas to Christians in Pakistan, across the globe and especially to the the ones in the states of Odisha and alike under the Hindutva obsessed environment.#MerryChristmas#BeginningOfEnd pic.twitter.com/XFOnUjnMz6

The remark evoked a sharp reaction from several, including India’s Central Minister Dharmendra Pradhan, who is a native of Odisha state.

So says a man sitting at the epicentre of genocide against religious and ideological minorities.

And Merry Christmas, also to the remaining few Christians in Pakistan. https://t.co/qCYrIs3JtZ

“The Pakistan Army spokesperson’s backhanded Christmas greeting is shameful. His reference to Odisha shows his ignorance and lack of understanding about the state,” said Samit Patra, a politician of the ruling Odisha Government.

Please hear a young Christian MP from Odisha (since you referred to Odisha), slamming Pakistan's anti-minority barbarism before 170 countries this year at 141st Inter-Parliamentary Union, Belgrade. Christians in Odisha are safe, strong and empowered. Not butchered as in Pakistan! pic.twitter.com/hbAEBMylnt

The remark also disturbed netizens who slammed Ghafoor for his distasteful Christmas wish.

An idiotic expression of radical mindset to disturb the harmony. It is not secret to the world how the minorities including our christian brothers and sisters are humiliated in #Pakistan. You must feel ashamed on the tweeter name @peaceforchange as it is really a mockery.

Even while wishing people you couldn't hide your envy & petty politics.Speaks volumes about you. I won't label your country & it's citizens with blanket statements because I sincerely believe there are decent citizens across the border. Merry Christmas to you as well!

I am also from Odisha, and with reference to your thoughts and ideologies. I would like to inform you that, you can communicate with Muslims and Christians from our state as well as entire nation in general they are much safer than Pakistan and appreciated by all, we are brothers

This 'across the globe' does not include 'Odisha and alike', sir? Are they on some other planet? Need to work on your sense of geography, it seems. New Year resolution, may be?

The controversial CAA seeks to grant citizenship to illegal immigrants from six religious minorities – Hindus, Parsis, Jains, Christians, Buddhists, and Sikhs, from Afghanistan, Bangladesh, and Pakistan if they arrived in India prior to 2015. It, however, doesn't extend the same treatment to Muslims.