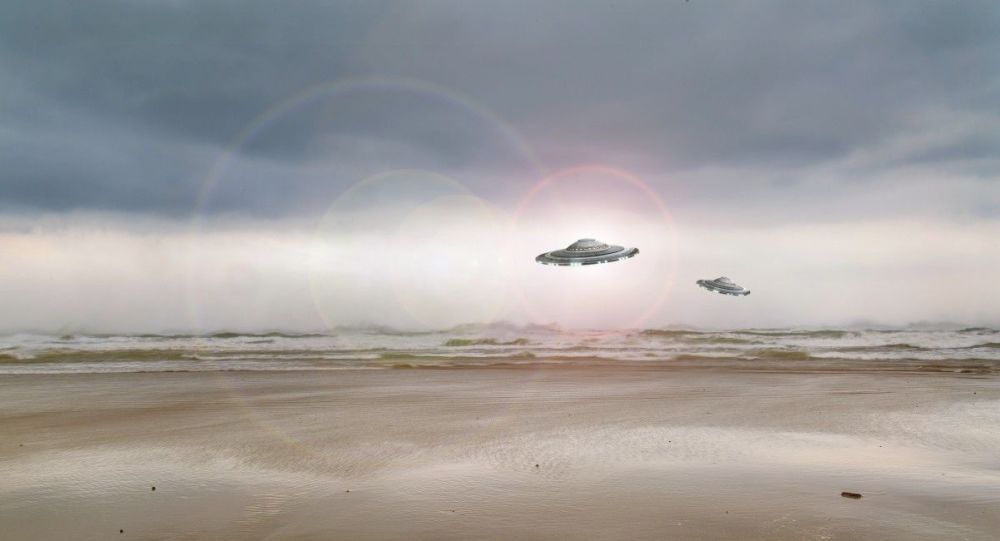 This year, the US Navy for the first time confirmed the authenticity of a UFO video released in 2017 that was recorded by a US jet during military drills. The footage showed a flying "Tic Tac"-shaped object, which the US authorities called "unidentified aerial phenomena".

A YouTube account called UFOs Over Vegas has released a bizarre video showing an unidentified fast-moving flashing object in the sky above the Mojave Desert and moving further towards the Nellis Air Force Base.

The author of the video claims that the UFO covered some 50 miles in three minutes, meaning that it was allegedly moving at a speed of 1,600 kilometres per hour, which is only a little slower than the F-35's top speed of 1,930 kph. At the same time, the author claims that it produced "no sound", adding that he would have heard any other aircraft from where he was filming.

At the end of the video, the author points out that the UFO was also surrounded by several smaller objects that were flashing around it as the unidentified object travelled through the sky above Las Vegas.

Earlier this year, a US Navy spokesman made a stunning announcement, saying that the US military could confirm the authenticity of UFO footage taken from one of its jets during exercises in 2004. The spokesman confirmed that "unidentified aerial phenomena", known on the Internet as the "Tic Tac" UFO, was visible in the video, which went public in 2017.

The footage showed one of the pilots catching a small unidentified flying object in the aircraft’s targeting interface, with the UFO immediately beginning to move rapidly right after remaining still, seemingly defying its apparent aerodynamic properties. While the US Navy has made no public assumptions about the nature of the object, conspiracy theorists on the Internet have been discussing it since the video’s publication, with one netizen arguing that it could have been a secret government project, while others stuck to the UFO being alien in origin.

Nothing More to Hide? Thousands of Gov’t UFO Papers, Sighting Photos to Be Made Public in Canada