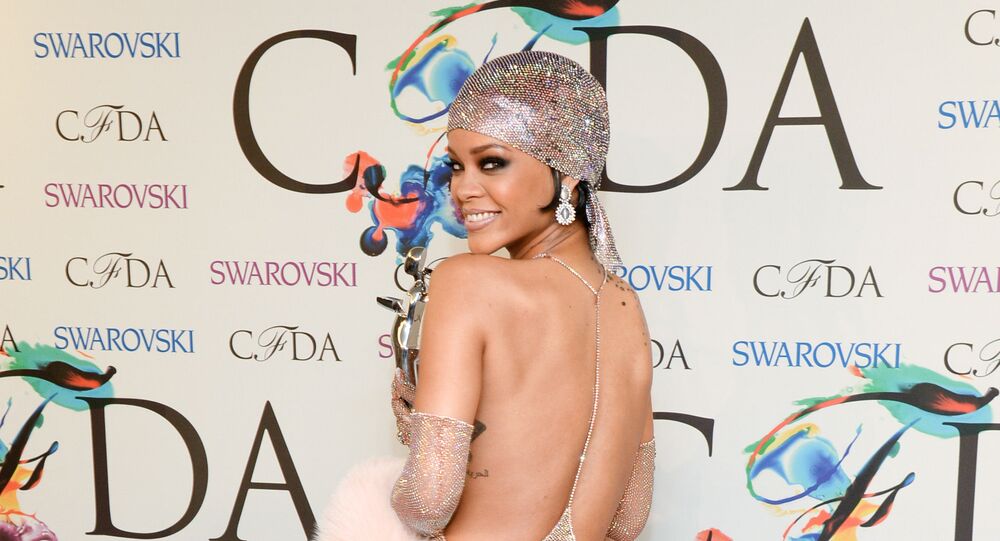 Fashion trends may come and go, but one thing that never fails to engage the undivided attention of onlookers is the red carpet – a platform for celebrities to show off their breathtaking, jaw-dropping, bizarre and sometimes thought-provoking costumes and outfits.

As the year is nearing the finishing line, one typically looks back at its memorable moments.

In this case, let’s cast the net even wider, deeper back into the outgoing decade to recall some of the most striking and favourite red carpet looks of the 2010s.

Gaga’s most notorious fashion moment was at the start of the decade when she rocked the red carpet at the 2010 MTV Video Music Awards in a dress made of raw beef designed by Franc Fernandez and styled by Nicola Formichetti.

"Top 10 Biggest Fashion Moments of the Decade" by @LOfficielUSA

​Explaining the statement she was seeking to make when donning the outfit, the celebrity said:

“If we don’t stand up for what we believe in and if we don’t fight for our rights, pretty soon we’re going to have as much rights as the meat on our bones.”

After being taxidermied and treated with bleach, formaldehyde and detergent, the meat dress went on display at Gaga's Engima residency in Las Vegas.

Nicki Minaj made arguably the most-talked about entrance at the 2012 Grammy Awards, as she sported a dramatic crimson Versace cloak that evoked images of Little Red Riding Hood. The singer even brought along an escort clad in a papal costume.

Sacha Baron Cohen hit headlines for his stunt at the Oscars in 2012, when he arrived dressed as his uniformed character Admiral-General Aladeen from The Dictator, flanked by two olive-clad cadets, and even bringing "Kim Jong-il's ashes" in a golden urn.

​The actor claimed his own garb was by John Galliano "but the socks are from Kmart."

Rihanna opted for a sheer look as she showed up with nothing but some nude undies tantalisingly visible underneath her so-called "naked dress" while accepting the CFDA Fashion Icon Award in 2014.

She said on the carpet at the time:

"You will never be stylish if you don’t take risks."

The look was created by her costumer Adam Selman, as the pale pink slip and its matching headscarf and gloves were covered with 200,000 Swarovski crystals, with the singer holding a pink fur shrug and wearing jewels by Jacob and Co for even more sparkle.

With blonde dreadlocks in a ponytail, singer Miley Cyrus went for an "outrageous" look by Versace to carry across the message about empowering women to embrace their sexuality, as she donned a skimpy chandelier skirt and silver suspenders worn with the shirt conspicuously absent for the 2015 VMAs.

looking like a model who just got a check🥂 pic.twitter.com/E49X1gfwOb

Pop icon Madonna turned heads and made headlines at the 2016 Met Gala. The then 57-year-old singer wore revealing black Givenchy ensemble that had cut-outs which left her bare backside exposed, covered by just a hint of sheer fabric.

Strike A Pose There's Nothing to it...VOGUE! let your body move to the music. Met Ball Gala.2016. Unapologetic fun💃🏻https://t.co/jjji4Z3Mkk

The ensemble was accompanied by a jeweled headpiece, thigh-high black boots and cut-outs in front.

Rihanna, acknowledged queen of the Met Gala, transformed into a metallic Papal look for the ceremony in 2018.

Her embellished minidress, robe and headpiece were all designed by John Galliano and creative director of Maison Margiela.

This Rihanna’s MET GALA 2018 look has become her Most liked post on Instagram with over 4.7 MILLION likes congrats queen! pic.twitter.com/43BxNodFqZ

To round it all off, she wore with Louboutin heels and a 1934 Cartier pendant necklace.

For the 2019 Grammys, singer Joy Villa went all out to demonstrate her support for President Donald Trump by wearing a "Build the Wall" dress in a reference to his immigration policies at the US-Mexico border.

Rapper Cardi B required the assistance of several people to help her out of the car when she showed up in a "birth of Venus" dress for the Grammy Awards in 2019.

Cardi B had good taste in fashion 👍🏼
That seashell dress was sexy and graceful.
Usually sexy concept is abused and it makes women look cheap!
Behind Cardi B’s Showstopping Grammys Looks | Vogue https://t.co/Gcb2NLkp9i via @YouTube

​The hip-hop star wore a complete reproduction of a 1995 Thierry Mugler couture look: a vintage seashell dress with a sequin top and pearl accents at her waist, neck, navel and hair.

The dress featured a classic tux jacket up top, which was sensationally paired with frilly lace cuffs and a bow tie over a strapless black velvet gown.

​The Pose actor told Vogue at the time:

“We wanted to play between the masculine and the feminine. This look was interesting because it’s not drag. I’m not a drag queen, I’m a man in a dress.”

He added: “People are going to be really uncomfortable with my black ass in a ball gown—but it’s not anybody’s business but mine.”

Going Back to Her Roots? Cardi B Drops Jaws With Lap Dances, Money Rain in Nigerian Strip Club

‘What’s Between the Covers?’ Rihanna Poses Nude with Visual Autobiography on Instagram