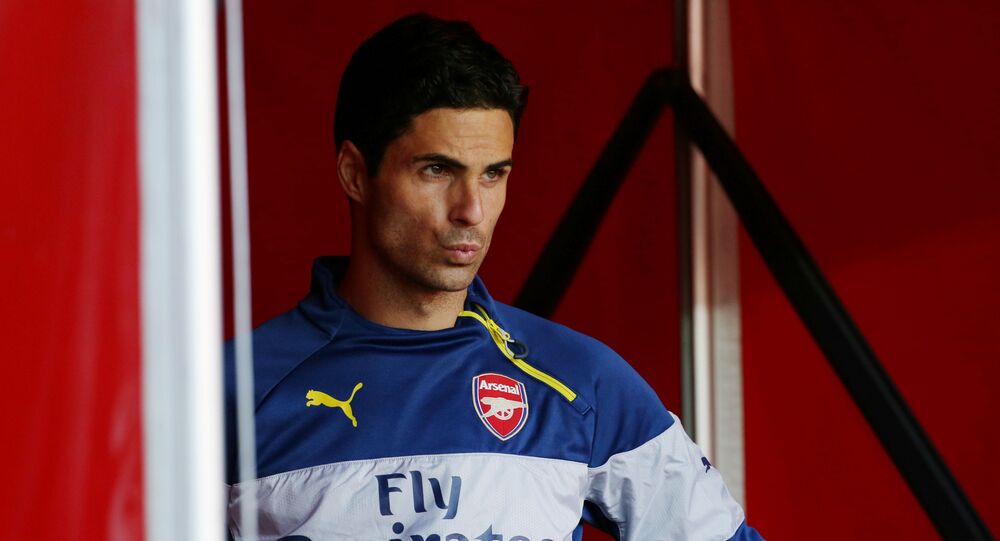 'It Will End in Tears': Fans Abuzz as Mikel Arteta Appointed Arsenal Manager

Commenting on the situation Arsenal currently finds itself in, Arteta said that the club has “plenty of talent”, noting, however, that there’s still plenty of work to be done in order to aim for the top.

Spanish professional football coach and ex-footballer Mikel Arteta has announced that he intends to have Arsenal FC gun for the “top trophies”, as he got appointed as the team’s head coach on 20 December.

The club’s previous manager, Unai Emery, who was sacked in November after Arsenal was defeated by Eintracht Frankfurt 2-1 during a Europa League match, said that Arteta’s appointment was a “good decision” and that the latter is “prepared to make that next jump”, possibly referring to the fact that Arteta has never managed a club before.

"This is a huge honour. Arsenal is one of the biggest clubs in the world. We need to be competing for the top trophies in the game," Arteta, who was previously Arsenal’s captain, said in a statement posted on the club’s official website.

He noted that while it is clear that there’s plenty of work to be done, he feels confident that the team will pull through.

"I'm realistic enough to know it won't happen overnight but the current squad has plenty of talent and there is a great pipeline of young players coming through from the academy", he added.

News of Arteta’s appointment seemed to elicit a somewhat mixed reaction among the social media audience, with some netizen expressing hope that this move will be beneficial for the club.

​Others, however, did not seem pleased with this move, with a number of people even predicting that hashtag #ArtetaOut might start trending on Twitter in the not-so-distant future.

It will end in tears😂 pic.twitter.com/4fPdu4hxXW

#ArtetOut will be trending in 8 months

ArtetaOut about to start trending 😂😂