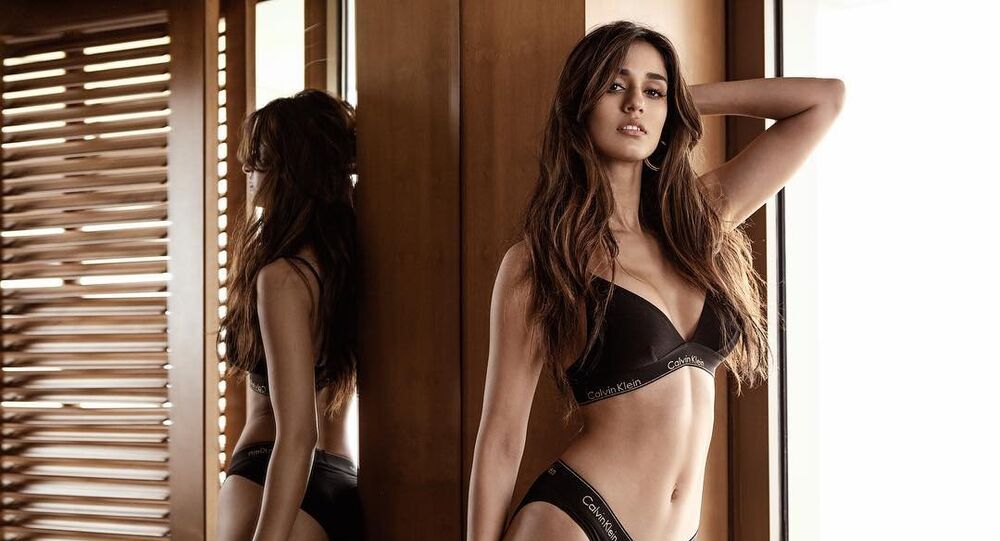 New Delhi (Sputnik): A new law which grants Indian citizenship to illegal immigrants from three neighbouring Islamic countries but expressly excludes Muslims has polarised society in the country and led to violent protests. But is it ever the wrong time to post hot pics on Instagram?

Protests continue to wrack India in the wake of the government's decision to grant amnesty to illegal immigrants from neighbouring Pakistan, Bangladesh and Afghanistan, as long as they profess one of a range of religions other than Islam. Additionally, the state is cracking down on illegal residents through a new registration programme; taken in tandem, the move is seen by many as the latest measure taken by a Hindu nationalist government that targets Muslims, who constitute the largest religious minority in the country.

Amid the turmoil, with its religious overtones, Bollywood actress Disha Patani made the point of showing herself as an unrepentant 'Calvinist', posing in a royal blue bikini top and bottom by Calvin Klein.

The decision of the 27-year old actress to reveal her chiselled figure and smouldering skin on Instagram has raised eyebrows as well as ire among her 28.1 million followers.

Almost immediately, online trollers began targeting the actress with harsh comments, calling her “irresponsible” for her timing with the sexy shot.

Stand-up comedian Atul Khatri, famous for taking humorous jibes at Indian government and Prime Minister Narendra Modi every once in a while, commented on Disha’s  picture, blaming her for diverting the public's attention away from protests.

Twitter trolls also made a point of expressing their strong opinions on Disha’s picture.

We should all come together in these difficult times and support each other...

The nations wants your spine, not your cleavage😃

​It was not the first time Disha faced flak for flaunting her curves in a sexy two piece. Earlier during the festival of Diwali, the actress was trolled for sharing a bold picture on Instagram. India has a comparatively conservative attitude towards revealing attire; producing pornography there is illegal.

The actress resorted to blocking her followers from commenting at all on that picture.

Disha is relatively new in Bollywood and is still working her way up.

The actress will be seen in three films next year opposite Bollywood biggies including Salman Khan and Aditya Roy Kapoor.