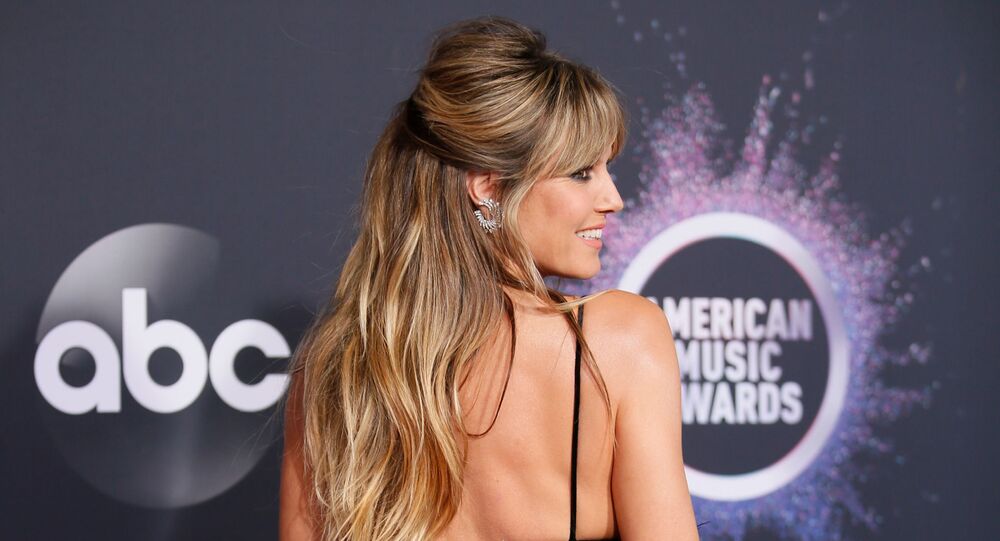 Heidi Klum is one of the judges on Queen of Drags, a German TV show. She probably had a very stress-filled day on Thursday, when her search for the best drag queen in Germany finally ended.

There’s no bad time to see Heidi Klum soak in a bathtub.

The former Runway host and modelling icon has treated her fans to a suggestive image of her relaxing in a foamy, fizzy tub.

Klum, 46, did not shy away from flaunting her tan and taut backside from under strategically placed bubbles. The only thing she appeared to be wearing was glitzy fake eyelashes – her signature garment from the hit German show Queen of Drags.

“Good night,” she captioned the photo, alongside the hashtag #thequeenofdrags.

The drag queen competition show premiered in Germany this fall, following the success of RuPaul’s Drag Race in the US.

Klum is sitting on the judge panel alongside brother-in-law Bill Kaulitz of Tokio Hotel and drag queen Conchita Wurst, who won Eurovision in 2014.

The first season wrapped up on Thursday, with the judges enthroning a 27-year-old hairdresser from Paderborn who goes by the moniker “Yoncé Banks”.

Heidi Klum, a mother of four, is married to Tokio Hotel guitarist Tom Kaulitz, who is Bill’s identical twin brother. She was previously married to celebrity hairstylist Ric Pipino from 1997 to 2002 and singer Seal from 2005 to 2014.

Reports surfaced in US media early this month that she had legally changed her name to Heidi Kaulitz after filing a marriage license in a Los Angeles court.