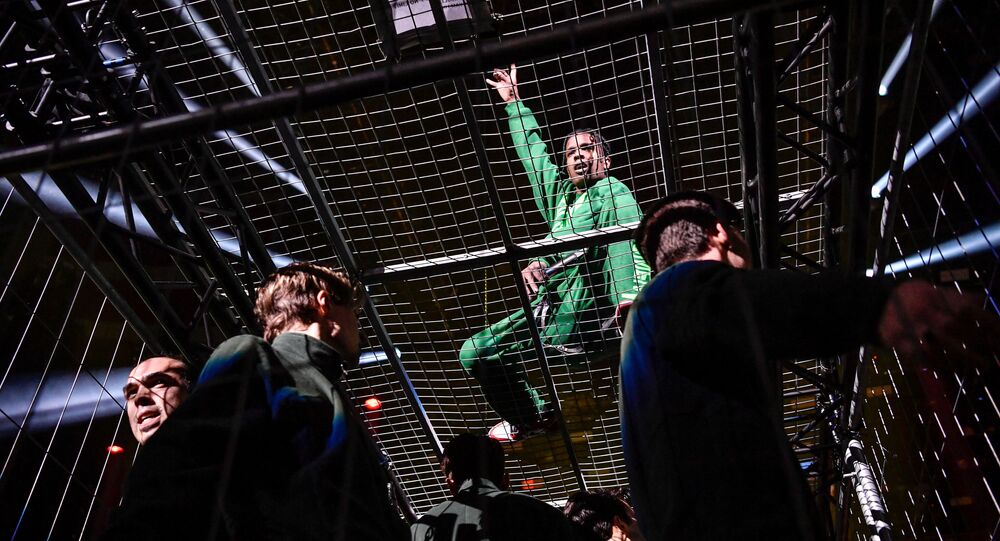 ‘Satisfied Women Can Attest’: ASAP Rocky Stands Up to Critics After His Alleged Sex Tape Leak

ASAP Rocky’s 'sexual performance' has been the talk of the internet after his alleged sex tape was leaked online late Wednesday. Rocky did not confirm nor deny if it was him in the tape, but online sleuths have concluded that everything adds up.

Whoever starred in the viral sex tape that purports to feature ASAP Rocky, the rapper has had a hilarious reaction to it.

The Praise the Lord star took to Twitter on Friday to dismiss negative reviews of his sex tape, which spread across the internet this week.

“My penis and I woke up to the alarming disturbance of a video clip today,” Rocky wrote in an all-caps tweet. “As his defence attorney we’re prepared to deny any slow strokes or lack of killing the p**sy. A long list of satisfied women can attest too. But the real punchline is seeing [people] who never f**ked him rate him.”

Many people who’ve seen the video identified the man, who was filmed having sex with a woman as ASAP Rocky, saying their tattoos matched. The man’s face was never shown, and Rocky has yet to confirm that it was him. He may never do it, in fact, given that some reviews described his performance as “weak” and “super duper wack”.