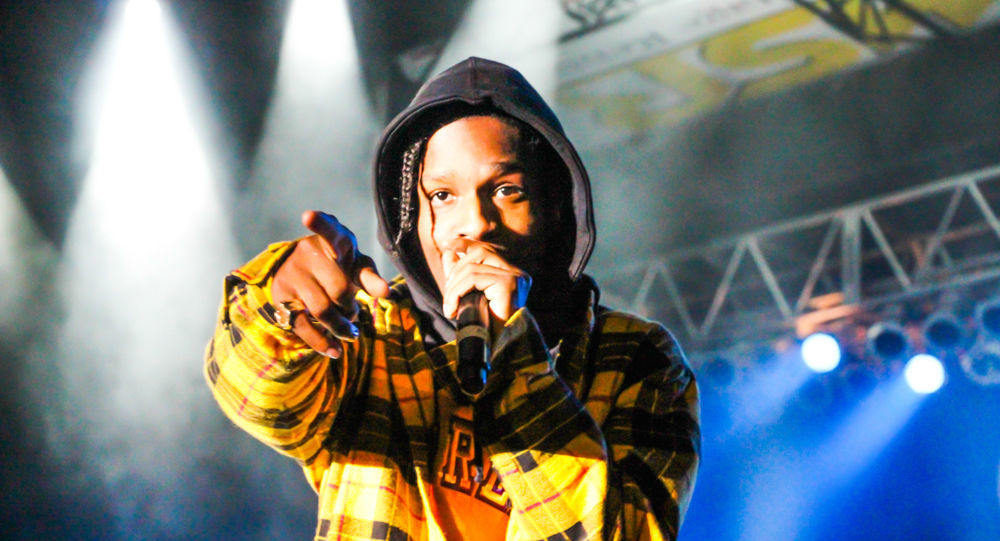 While some social media users reportedly speculated that the man featured in the sex video is ASAP Rocky, the rapper himself is yet to comment on the leak.

American rapper Rakim Mayers, known professionally as ASAP Rocky, who made headlines earlier this year after getting sued for assault in Sweden, has apparently once again been thrust into the media spotlight after a sex video allegedly featuring him surfaced online.

The media outlet points out, however, that the rapper himself is yet to comment on this development.

Meanwhile, many social media users went on to crack jokes about the video, some of them making snide remarks about Rocky’s alleged performance in it.

now asap rocky gotta voluntarily drop another sextape to make up for this one cus baby.... pic.twitter.com/eb3eJLWJPu

Me knowing my girls fantasy of asap rocky is ruined now & my stroke game is better pic.twitter.com/zQjHIAvjIY

Just saw Asap Rocky's sex tape and it was super duper wack. Don't even waste your time looking for it. His stroke is weak. pic.twitter.com/3JgKcFToxn

A number of people also mused about other events that transpired on the day the sex video got leaked.

December 18, 2019
1.) Billie Eilish Turns 18
2.) Donald Trump becomes the 3rd US president to be impeached
3.) ASAP Rocky is Exposed
4.) Camila Cabello finally exposed for who she really is.
5.) 6ix9ine finally sentenced
What a day☺️ pic.twitter.com/ZWz4XNroj3

camila got cancelled for racism, asap rocky’s sex tape got leaked and trump got impeached... WHATS GOING ON TODAY pic.twitter.com/GPcgiHsGEu

And one netizen jokingly suggested that the video was meant to draw the public attention from Trump’s impeachment.

Trump releasing ASAP Rocky's sex tape to distract us from the impeachment pic.twitter.com/w8tlbADEvS