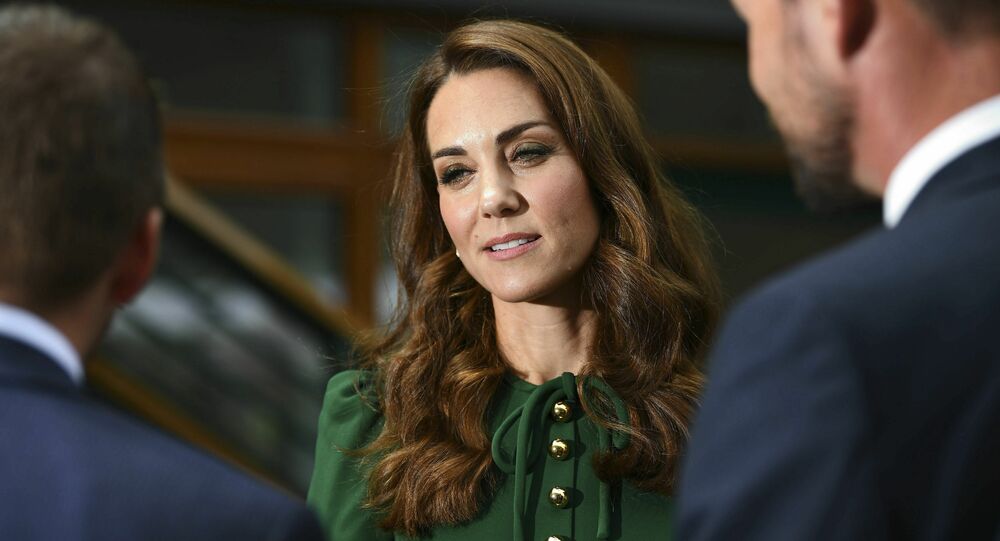 The royal couple’s recent televised appearance on a Christmas episode of a cooking show has raised many questions among the British public – and not in relation to their culinary skills.

Kate Middleton and Prince William recently appeared on a festive episode of BBC’s A Berry Royal Christmas, where the couple was followed by Britain’s distinguished food writer Mary Berry as they attended royal engagements with various organisations, culminating in a menu preparation for a charity event.

However, it was not only the apparent generosity of the royal family that caught the public's attention, but rather the Duchess of Cambridge’s abrupt gesture when her husband tried to gently put his hand on her back.

Kate shaking off William's hand on her shoulder during #ABerryRoyalChristmas pic.twitter.com/NyzjdKC3rk

​Netizens simply could not help but notice how Kate Middleton seemingly shrugged off her husband’s touch, which raised many questions about the state of the relationship between the couple, as it could not simply be explained away by royal’s strict no-PDA policy.

Omg they have touched each other on tv before so sorry protocol was not the issue !! Have you noticed her smile never changed was creepy and her weight is getting bad , thin is one thing but bones sticking out is not ok !! Something is wrong and she’s trying to hold it together !

Where is the body language expert?

This is not the TV optics the royal family needs right now. Between the Duke and Duchess of Sussex being the states for weeks on end and Prince Andrews scandal; the Cambridge’s & Prince Charles have been forced to hold it down. This is adding jet fuel to the Rose Hanbury fire.

Many Twitter users also found some parallels between Kate Middleton’s gesture and Melania Trump’s previous not-so-friendly body interactions with her husband, recalling how the US first lady had refused to take Donald Trump’s hand on several occasions. Some even suggested that the Duchess’ move had finally managed to divert public attention from another royal couple – Meghan Markle and Prince Harry.

Kate Middleton shrugging away from William is some Melania Trump shit right there. Is it bad to laugh? I mean it shows they are NOT perfect. Maybe give Meghan and Harry a break .... pic.twitter.com/Ef1TVul671

If this were Meghan and Harry... the tabs would be screaming!

Wow! I could only imagine the headlines in the next weeks if this was the other couple. The myriad of body experts we will hear... Good to be W & K in UK I guess pic.twitter.com/SLfJD1xr0R

There are reportedly some strict protocols in the British royal family when it comes to public display of affection, but the Duke and Duchess of Cambridge, who got married in 2010 and have three children, have not appeared to be quite so reserved about their feelings before.