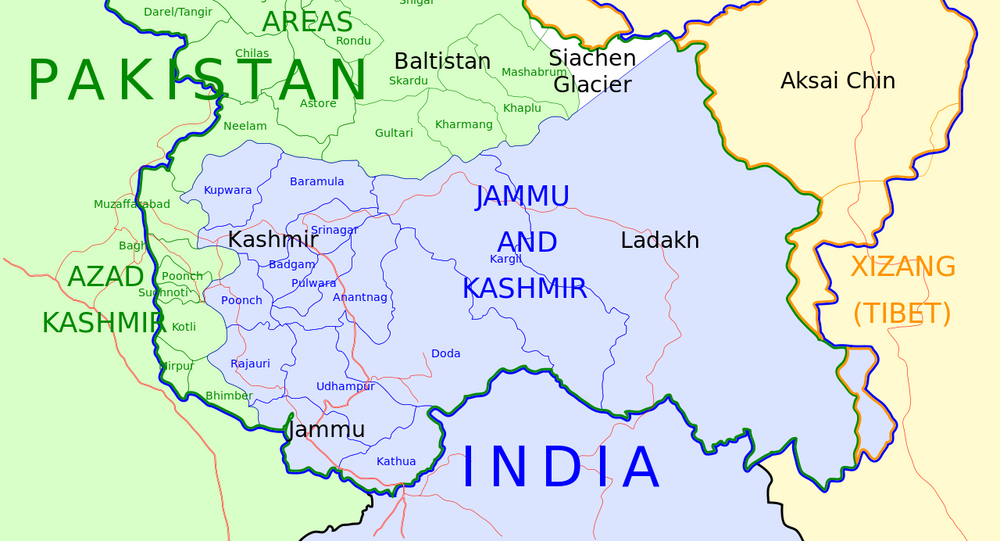 New Delhi (Sputnik): Amidst ongoing protests over the Citizenship Law, some Bollywood celebs have spoken out on the contentious issue of allowing citizenship to persecuted Hindus, Parsis, Jains, Christians, Buddhists and Sikhs immigrants from Afghanistan, Pakistan and Bangladesh, while barring Muslims.

Bollywood actor Farhan Akhtar had to apologise on social media on Wednesday after mistakenly sharing a map which inaccurately showed India’s map with boundaries of Kashmir shaded in grey.

The tweet by Akhtar was shared along with an infographic explaining the contentious Citizenship Amendment Act which is spurring a lot of protests in different parts of the country.

Social media users were quick to spot the map that showed Aksai Chin and the Pakistan side of Kashmir shaded in grey and slammed him for sharing the objectionable map of India.

Following the backlash Akhtar had to issue an apology and said,” ..While I stand by the text, I have only just noticed that the map of India on the graphic is inaccurate. Every inch and part of Kashmir is part of India and I reject the inaccurate map. I regret not noticing it earlier. My sincerest apology for the oversight.”

Social media users are still going berserk over Akhtar’s post, showing India’s crown –Kashmir with shaded boundaries, and lashing out at him while calling him “anti-national”.

Mr. Akhtar , the inaccurate Map and content of the message is created by same anti national forces you indirectly supporting.
Whether you support the text or the map is same thing. Some people dont support map some dont support the Idea of India.

Why is Aksai Chin & PoJK shaded?

Do you support Pakistan's & China's claim?
Or do you support India's stand that they're an integral, indisputable part of India, hence not shaded?

This map, by an Indian in India, is a challenge to India's territorial integrity@HMOIndia

Here's what you need to know about the actual map of India. pic.twitter.com/II9yh8zkiJ

Director Anurag Kashyap, Actress Dia Mirza, Zoya Akhtar, Konkana Sen and Farhan Akhtar are amongst those who will be joining the protests tomorrow.

Several Bollywood celebrities gave thumbs down to the police crackdown on protesting students on the Jamia Millia Islamia campus in which more than 100 students and 35 policemen were left injured.