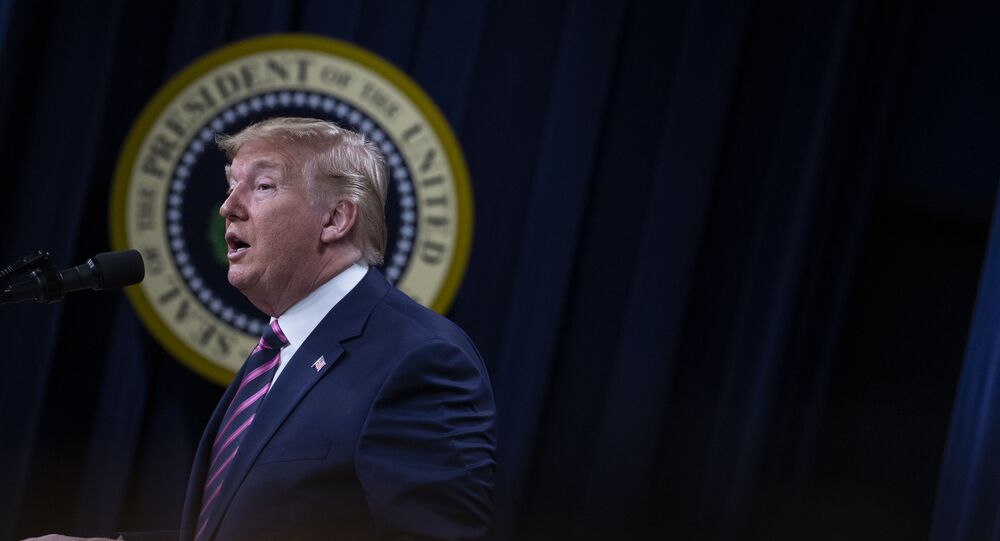 The US president is no stranger to speaking highly about his accomplishments. Citing other people who praise his political craft is one of the sleights he uses for this. However, this rhetorical device allegedly failed him when defending his Middle East policies and the decision to pull out from the Iran nuclear deal, as US journalists suggest.

US President Donald Trump has reportedly told the same story about his Israel policies four times, changing the main character in the plot, The Washington Post has concluded. The outlet made a compilation of the POTUS’ public appearances in which he praised his withdrawal from the Joint Comprehensive Plan Of Action (JCPOA) in 2018 as the “biggest thing" for Israel, citing his Jewish acquaintances.

On at least four occasions over the past three months, President Trump has told the same story about his Israel policies featuring a different person each time.https://t.co/9Yai5xbh6u pic.twitter.com/Gscgskw3Og

​The plot of these four stories was the same and described a conversation between Trump and a Jewish friend of his about his recent moves in the Middle East. In each version, the billionaire-turned-commander-in-chief asked his interlocutor what was more important, acknowledging Israel’s sovereignty over the Golan Heights or moving the US Embassy to Jerusalem and recognising it as the capital. The response was “neither”, as what Trump had done with Iran was described as “more important”.

© AFP 2021 / SAID KHATIB
How US Embassy Transfer Risks Driving a Wedge Between Israel, Arab World
When he recounted the anecdote on 9 September, Trump spoke with some “people”. On 7 December, Trump mentioned Jewish gambling magnate Sheldon Adelson, based in the US, instead. Several days later, on 11 December, New England Patriots owner Robert Kraft was the star of the story – only to lose this role to Jewish real estate developer and father of his son-in-law Jared, Charles Kushner, several hours later. He praised “ending the Iran nuclear catastrophe” after a similar exchange.

Some immediately branded the anecdote a fantasy.

It's part of a narcissistic fantasy he's made up about his presidency to help him feel better about what he's doing. Very similar to this fantasy.... https://t.co/GYhnCQLYH2

Makes you wonder is this was an actual conversation at all. Are we tired of being lied to yet?

​Others offered him a way to avoid such gaffes in the future.

#DonaldJTrump should produce that Jewish Friend(s) or stop telling the same story.

​There were those, however, who believed that all four stories might be true, suggesting that the president is “self-fixated”, so he could have asked all of them the same question.

The possibility could also be that he asked ALL these guys the same question because he is so self-fixated he can't help talking about his most recent "triumph" and bolstering himself to everyone he buttonholes. Either way it is either narcissism or forgetfulness or both.