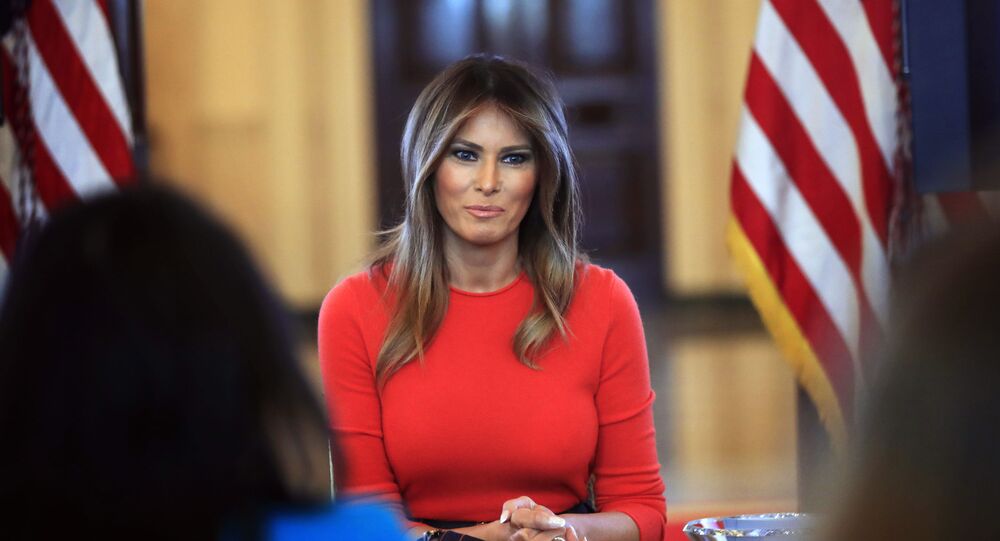 Pop Singers Rihanna, Beyonce, and Taylor Swift were included in the list, which also featured climate activist Greta Thunberg in last place, while Nancy Pelosi, speaker of the US House of Representatives and ardent critic of President Donald Trump, came third.

Social media users were left incensed after Forbes magazine did not include the first lady of the United States, Melania Trump, in its list of the 100 Most Powerful Women. This year’s list featured women from six categories – business, technology, finance, philanthropy, media and entertainment, politics and policy – and according to Forbes’ Executive Vice President Moira Forbes, it is a “collection of innovators and instigators who are leading on the world stage to redefine traditional power structures and forge lasting impact in every industry and sphere of influence”.

For some reason, Melania Trump, who is promoting her “Be Best” public awareness campaign that focuses on the well-being of young people and advocates against cyber-bullying and drug use among youths, was left out. Forbes has not commented on its decision. Netizens were furious at Forbes’ choice and accused the magazine of bias.

Oh, the President of the United State’s wife, our First Lady .@FLOTUS didn’t make the cut??

Pffft. You biased hacks are all the same.

Melania wins Most Beautiful/Powerful/Compassionate/Gifted Woman of the year hands down. Your pathetic JEALOUSY is ridiculous, .@Forbes.🙄 https://t.co/up1I1LOyQx

​Some even branded the magazine fake news.

and you did not include our beautiful and dynamic First Lady Melania @Flotus Trump ? you obviously are #FakeNews

​Other netizens supported Forbes’ decision and noted that the first lady had not accomplished anything during her time in the White House.

Is there a most ineffectual woman of the year award? I nominate Melania Trump.

She IS a leftover mannequin.

Or a malfunctioning android.

​Others users blamed society’s false obsession with celebrities and socialites, who are unduly praised.

I'm not being sarcastic here: Why would either be considered in the first place? In MY opinion they are just Kardashian extensions. This famous FOR NOTHING CONSTRUCTIVE to society. Is the ❤ of the problem in this current society.

​However one member of the Trump family got into the list – Ivanka Trump, who works as a senior adviser to the president, was ranked 42nd. First place went to German Chancellor Angela Merkel, who has made 14 appearances on the list in its 16 year history. Former head of the International Monetary Fund Christine Lagarde climbed one position and ranked second, while speaker of the House of Representatives Nancy Pelosi came in third.