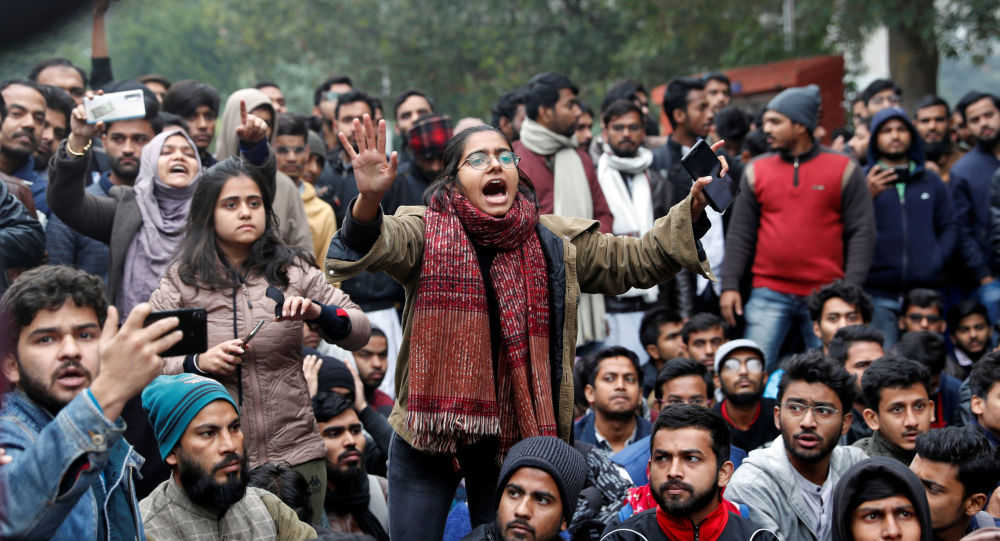 Indian Director of Film on Background of Student Politics: 'Nothing Has Changed'

New Delhi (Sputnik) Several demonstrators, protesting against India’s new citizenship law at a premier university in New Delhi, were injured on Sunday during clashes with police. The protest had turned violent with police lobbing tear gas shells and resorting to baton charges to disperse the protesting crowd.

Noted filmmaker Sudhir Mishra took a jibe at the governing party in a social media post,  by referring to his debut directorial film “Yeh Woh Manzil To Nahin” (English: This Is Not Our Destination), which was released in 1986, and awarded a National Film Award by the Government of India.

He says, that in its climax the film depicted how police entered campus and brutally beat students, and still, nothing seems to have changed, pointing at the ongoing protests across India against the controversial citizenship law.

In 1987 I made a film called Yeh Woh Manzil Toh Nahin on the background of student politics . Towards the climax the police enter the campus and brutally beat up the students . Nothing has changed . Terrible that now we know where the flowers gone . Crushed !

​Within 15 minutes of hitting social media, his post got over 550 likes and 208 retweets.

Monday is the fifth consecutive day of protests in different parts of the country, against a new citizenship law, according to which, persecuted non-Muslim minorities from Afghanistan, Bangladesh, and Pakistan, living as immigrants in India, can now acquire Indian citizenship.

Mishra has had a 30-year career with his work recognised by the Government of India which bestowed him with three National Awards from the President of India, as well as the Chevalier of the Ordre des Arts et des Lettres by the French government (equivalent to knighthood).

He has previously showcased some nail-biting storylines with his films like “Dharavi”, “Main Zinda Hoon”, “Is Raat Ki Subah Nahin” and “Chameli” as well as his 2005 movie on the Naxalite movement, “Hazaaron Khwaishein Aisi”.