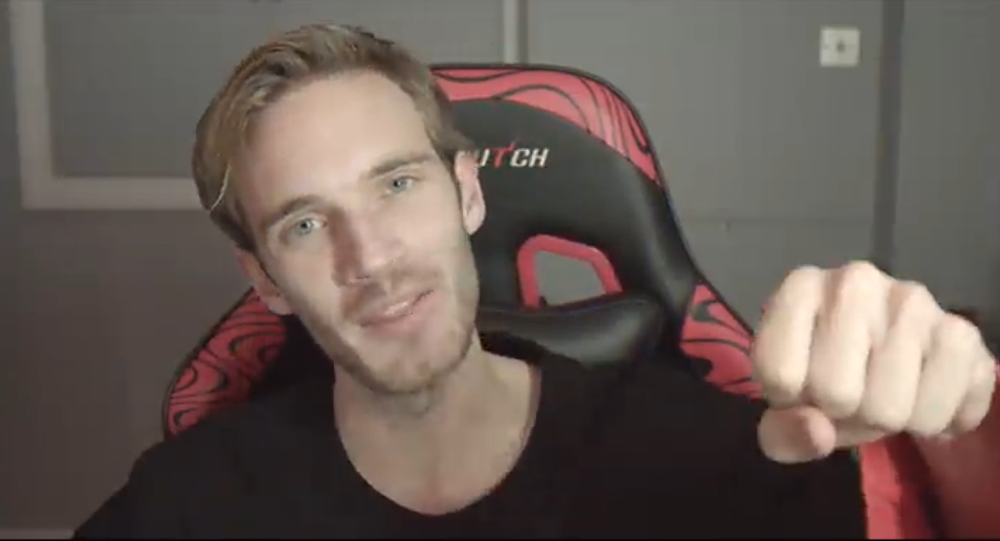 The 30-year-old blogger has been producing content for years not allowing himself to take a vacation. Pewds, also known as Felix Kjellberg, didn't even stop making videos during his wedding and honeymoon, only taking a short hiatus in 2011 to focus on college.

The King of YouTube PewDiePie has stunned his multimillion army of followers by saying he intends to take a break from the platform next year. During his surprise announcement the most popular individual content creator on YouTube, whose channel topped 100 million subscribers this year, said he was tired.

“I wanted to say it in advance. Early next year, I will be away for a little while, I am feeling very tired, I don’t know if you can tell”, Pewds said before giggling and noting that he would explain everything later.

Netizens were devastated when they heard the news with some saying they don't know who or what can replace their favourite blogger.

​Other social media users said that they would miss Pewds terribly, but noted that he deserved a vacation.

Im truly gonna miss you but enjoy your break! You truly deserve it! @pewdiepie

@pewdiepie gonna take a break on YouTube...... he REALLY NEEDS IT THO. Stress is within him and YT is not epicc anymore. We, '19’ year olds, TRULY RESPECT your decision.

​Still others joked about people having withdrawal problems after the blogger takes a hiatus.

​PewDiePie’s break from YouTube comes at a difficult time for the website, recently criticised for its new harassment policy that would penalize among other things abusive language and its annual “Rewind” video, which at the time of writing this story had 7.5 million dislikes.

The blogger noted that humour would start to wear thin due to new rules and said: “It doesn’t matter what they say, what matters is how they enforce it". Pewds then gave an example of YouTube paying no attention to videos with controversial content until they were criticised by viewers or bloggers themselves.