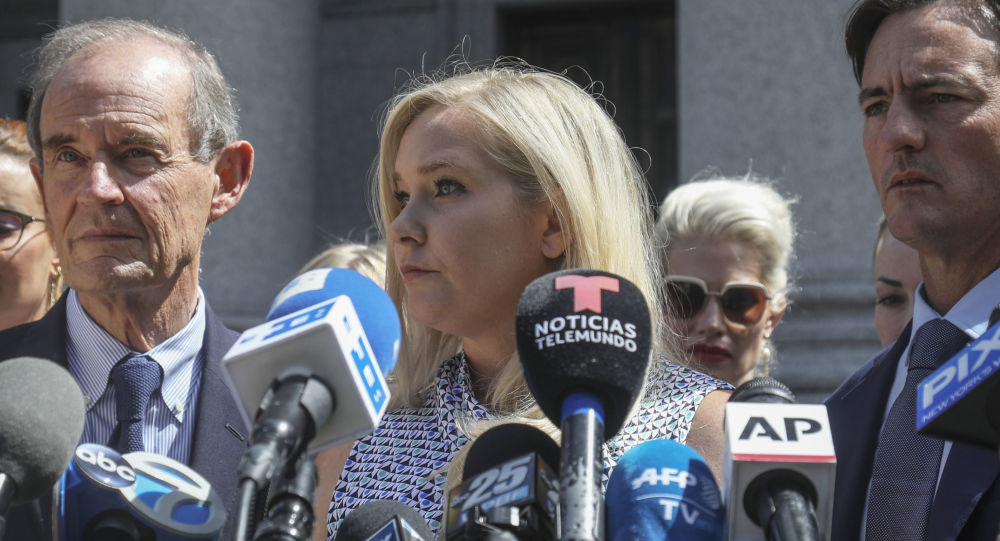 Previously, Virginia Giuffre reportedly warned that she is not feeling suicidal, after one netizen suggested that the FBI “will kill her to protect the ultra-rich and well connected”.

Virginia Giuffre, former alleged “sex slave” of Jeffrey Epstein who she claimed pressured her into having sex with Britain’s Prince Andrew on several occasions, has now apparently made a startling reveal related to her safety and well-being, the Daily Mirror reports.

According to the newspaper, shortly after declaring on Twitter that she is not feeling suicidal and that “too many evil people” allegedly seek to silence her, Giuffre announced that she was notified of an actual death threat against her.

In response to the overwhelming amount of support I have received, I want to say a huge thank you to everyone who is standing up beside me fighting for our children to have a safer future. I have been informed from the F.B.I there has been a credible death threat against me 🦋 https://t.co/FR5e1yZMs8

​“I have been informed from the FBI there has been a credible death threat against me”, the tweet in question reads.

In response, many social media users were quick to praise Virginia and to offer her their support.

My absolute heroine Virginia! An inspiration to humanity ❤️❤️❤️

Thank you for your voice and vulnerability. #iBelieveYou

Virginia, stay safe. All to protect these individuals in power who think they are above the law.

We are all here for you. Sending love, prayers and hope for your continued safety. You are a guardian angel to young women everywhere. So sorry you have to deal with so much evil. @FBI please protect Virginia.

Some also asked her to reveal who actually threatened her, if she manages to discover their identity.

If you find out who threatened you, please let us know

Giuffre previously alleged that Epstein trafficked her to Prince Andrew, the Duke of York, in 2001 after which they had sex three times.

Prince Andrew has denied Miss Giuffre’s allegations, repeatedly stating that he has “no recollection” of meeting her despite the fact that there is a photo of the two together.