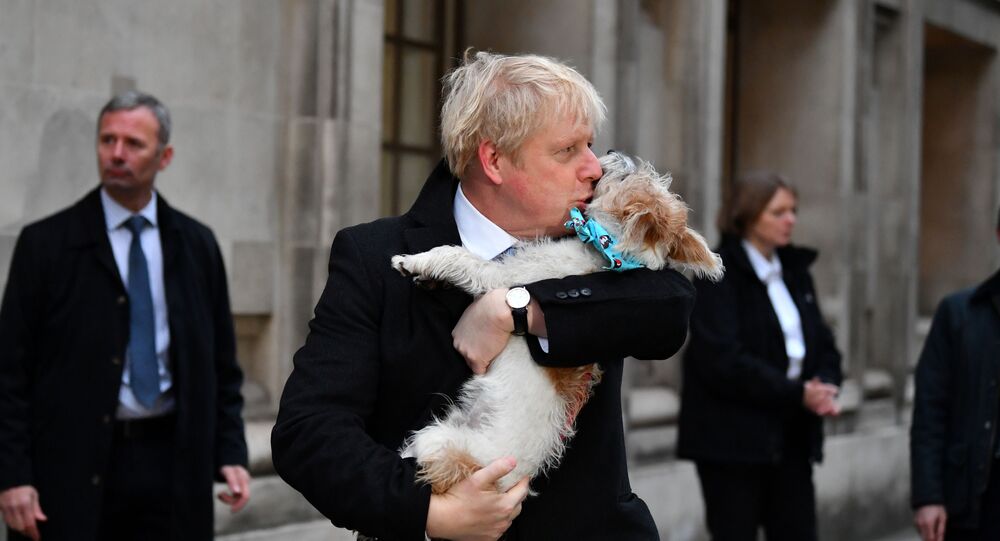 Social media was flooded with memes and photos of voters and their partisan pooches under the hashtag #dogsatpollingstations, with plenty of cheeky comments ensuing.

People across the UK have taken to the polls to cast their ballots and support their favourite political parties... with their canine comrades.

UK prime minister Boris Johnson has said that "today is the day" to "vote Conservative to get Brexit done", all whilst posing with his Jack-Russell crossbreed, Dilyn.

London Mayor Sadiq Khan and his dog Luna gave a quick message to the UK urging Brits to vote Labour.

Nick Acheson from Norfolk sent a clever tweet on celebrating diversity in Britain.

"My dog is disabled, previously homeless, of middle eastern descent and loves the natural world," Nick wrote. "I voted for others like him."

Organisations joined in the fun, with Guide Dogs, a charity providing services to the blind, tweeting a pair of paw-some Labrador Retrievers heading to the polls.

Other species decided to crash the party, with one person spotting a fox at the polls at Battersea in London. Foxes are both good and bad omens, according to superstition, and could mean a change in the Prime Minister, one Finnish man tweeted.

​UK voters are set to vote across 650 constitutencies from 07:00 to 22:00 GMT on Thursday, where many aiming the break the Brexit deadlock which has gripped the country since the EU referendum took place on 23 June 2016. Voters are expected to take part in what has been reported as the most important general election this generation, and PM Johnson and Labour and opposition leader Jeremy Corbyn have been fiercely campaigning across the country, with Brexit remaining a key issue in both party manifestos. Snap elections were triggered in late October after a longstanding impasse and a further three-month delay to Brexit, approved by the European Union, set to last until 31 January 2020.​