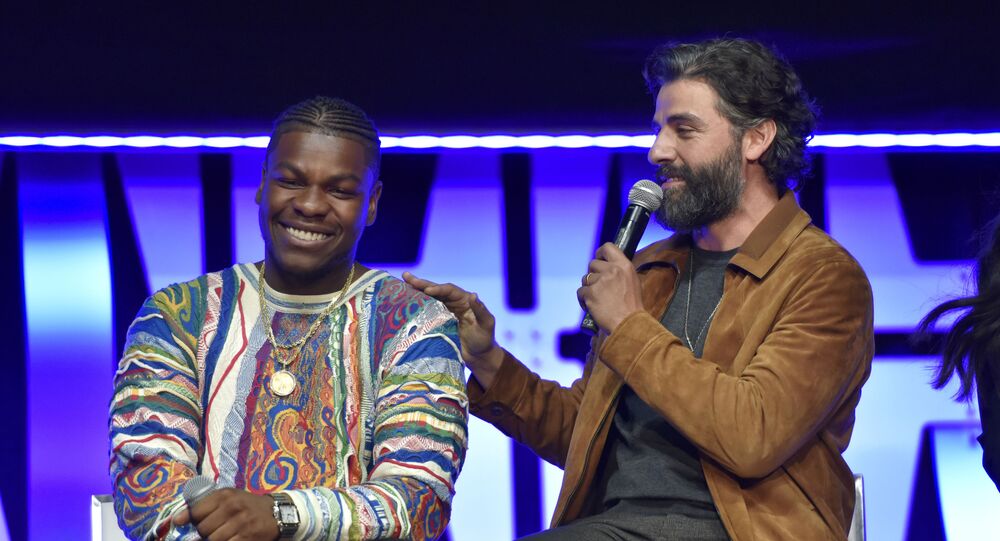 Oscar Isaac says his character Poe Dameron won't develop a romantic connection with John Boyega's Finn in "Star Wars: The Rise of Skywalker" even though he is open to such a plot development.

As the latest instalment of the Star Wars trilogy comes to an end, fans are getting impatient with theories – who’ll end up with whom? Yet one romance can be written out for sure – between Finn and Poe.

"Personally, I kind of hoped and wished that maybe that would’ve been taken further in the other films, but I don't have control," Oscar Isaac told Variety. "It seemed like a natural progression, but sadly enough it’s a time when people are too afraid, I think, of … I don't know what."

Isaac doesn't specify who the "people" are he's referring to.

Boyega himself said he has nothing against a Finn/Poe romance but also confirmed that they're just friends in the film.

"They've always had a quite loving and open relationship in which it wouldn't be too weird if it went beyond it," Boyega said. "But at the same time, they are just platonic at the moment."

The Rise of Skywalker co-writer and director J.J. Abrams also addressed the relationship directly, saying it was important to him to depict a platonic relationship between Finn and Poe that was still close.

Abrams also addressed the lack of LGBTQ representation in the big-screen Star Wars saga, saying it was on his mind when creating The Rise of Skywalker, adding that it was “important to me that people who go to see this movie feel that they’re being represented in the film,” yet stopped short of confirming whether any LGBTQ character will appear on screen.

It's a Trap! New Star Wars Spin-Off 'The Mandalorian' Will Hit Fans With Major Spoiler - Reports