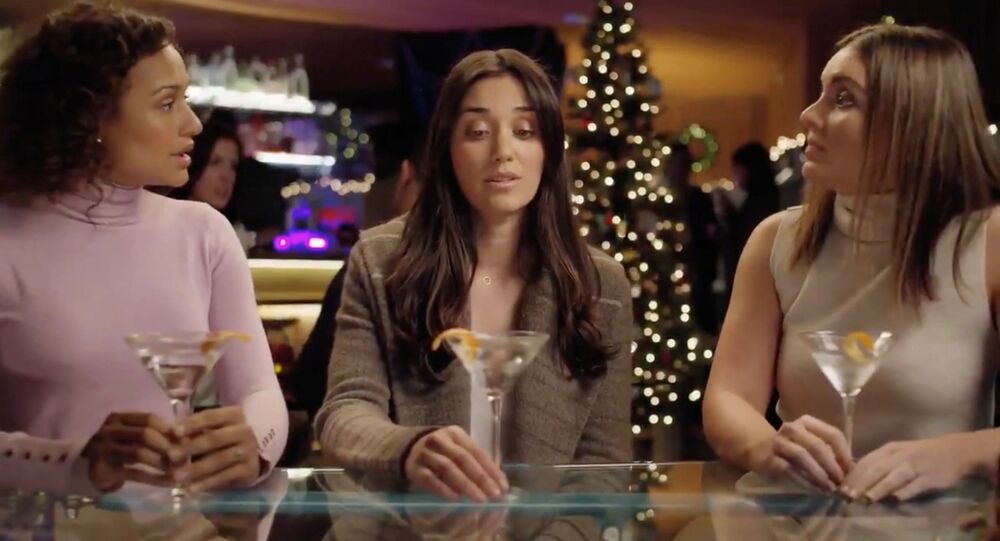 A Peloton exercise bike advert released in November quickly went viral after netizens and comedians made memes about the promotion, which some say is sexist. The advertisement features a woman diligently using the stationary exercise device her husband brought as a Christmas gift.

The actress in the notorious Peloton exercise bike advert, Monica Ruiz, has appeared in another commercial released on Friday night, this time for Ryan Reynolds’ Aviation Gin, many note that she is making the same doe-eyed expression she used in the bike ad.

The new ad features a woman - played by Ruiz - accompanied by two other women drinking Aviation Gin in a bar. The video begins with the actress sitting in the middle making a glassy-eyed expression and following it with the words "This gin is really smooth". One of the two friends tells her that she is “safe here”, while the other says to her, "Yeah, we can get you another".

The video then shows the three women clinking glasses before Ruiz's character announces: “To new beginnings”. The friends start sipping the gin, but the central character downs the cocktail in one gulp, resulting in one of the two friends offering her another.

The new commercial from Reynolds, the owner of the Aviation Gin Company, has been viewed over 6.5 million times on Twitter, and includes the appropriately snarky caption: “Exercise bike not included”.

The new commercial went instantly viral, with thousands of responses online, following the backlash against the Peloton exercise bike advert.

Not only does this ad make me want your gin, it caters to the everyday man. Cheers 🥂

Ryan... you'll probably never see this. B/c this video is not captioned, everyone else who is hearing get to talk & laugh about this video but many Deaf people including me dont get to do that. DM me if you need resources to caption your video. Much love and thanks from me. 😊🤟

How come she’s not wearing a ring, Ryan? 🚴🏻‍♀️ pic.twitter.com/2ZlsSjAmUW

Pretty cool that there's a commercial about this lady and her two friends that helped her murder her husband and sink the body to the bottom of a lake, anchored by a $3,000 bike.

She went from so annoying to so relatable!
Brilliant! pic.twitter.com/ablxzIVldZ

Anyone else feel bad for the poor guy that played the husband? I bet he's getting shit for being the "villain" in the ad. Please give that actor a commercial too.