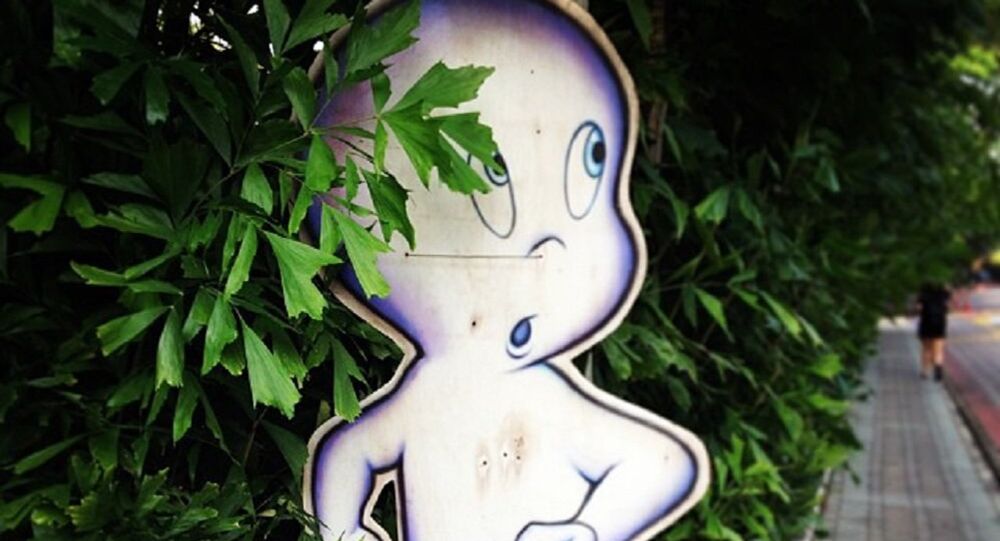 Is It a KKK Ghost, or…? White Shadow Lurking in Backyard Stuns Netizens

The strange phenomenon was caught by a home security CCTV camera. A seemingly peaceful evening without a soul in sight turned into a treat for ghost busters after a white cloud that looked like a human silhouette moved while accompanied by eerie sounds.

A video posted by a user under the handle “cannabistea13” on Reddit has wowed commenters, as it made some suspect that supernatural forces exist. The redditer posted what he described as home security footage caught by his/her mom’s co-worker, and suggested that it captured a spirit.

“Zoom into the lollipop lightbulb in the back and turn your volume up. What do you think?” the user asked in the post.

If one focuses on the clip, as the blogger advised, he or she could make out a human-shaped white shadow or cloud moving in the background. A strange sound is also heard.

Many shared cannabistea13’s assumption that something strange is happening in the video.

“Ohh that’s weird, it even looks like it’s walking”, one of the commenters noted, to which the author of the video responded: “Exactly! And it has a weird pointy head like it’s part of the KKK [Ku Klux Klan]”.

Another commenter noted: “It looks like the grim reaper to me”.

© Photo : Steve Wimer
Shipwreck Hunter Discovers 'Mysterious Ghost Ship' in Lake Michigan
However, many were more down-to-earth, suggesting it could be “smoking/vaping next door” or “a sprinkler”, or that the video was edited. The blogger has rejected such suggestions.

“I understand the skepticism from many. I know you just have my word to go by, but I can attest that this video was not edited. It was discovered on my mom’s best friend’s security footage. She’s a social worker who is not editing her security footage to look like paranormal activity”, the user insisted.

The authenticity of the video cannot be verified, however.