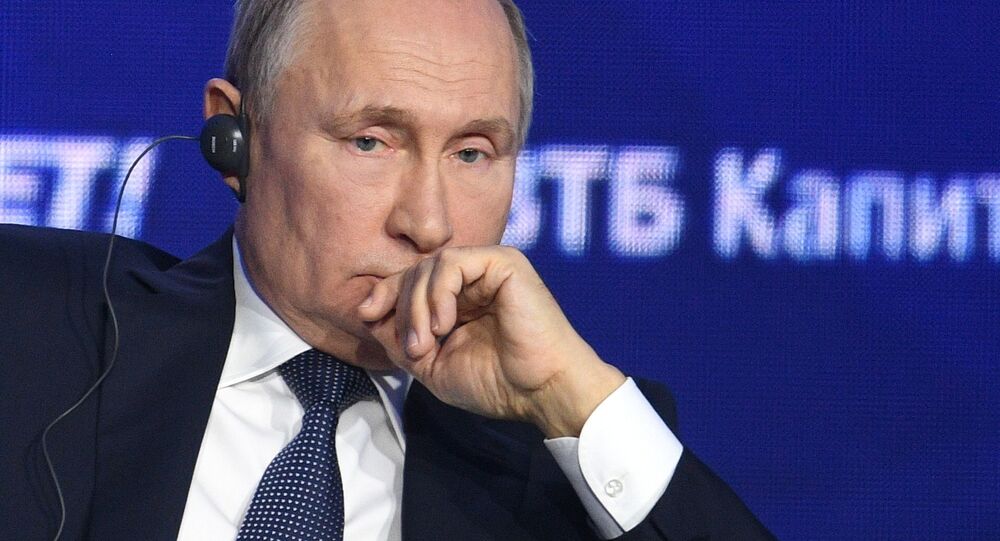 Deutsch, He Did It Again! Vladimir Putin Switches to German When Interpreter Fails

Although many years have passed since the Russian president worked in Germany, he has retained his command of Goethe’s mother tongue, which he demonstrates from time to time. This skill came in handy during a meeting with German entrepreneurs.

Russian President Vladimir Putin has reacted to an apparent simultaneous interpretation failure during a meeting with German businesses in Sochi, Russia by using his foreign language skills. Following a seeming gaffe in the translation, the Russian head of state interrupted his speech to check the equipment, wondering in German: “Was ist los?” which can be translated as “What is wrong?”

The situation was soon cleared up and prompted Putin and other participants to giggle. The Russian president also joked in German that he would tell them everything later and that it was not all that interesting anyway. He soon resumed his address in Russian.

The video, shared by journalists from the presidential pool, has gone viral.

© Sputnik / Mikhail Klimentiev
German Citizens Trust Putin More Than Trump - Poll
Putin, who worked in East Germany during the days of his fledgling career, demonstrates from time to time that he has not lost his language skills. He is used to exchanging a couple of German phrases with his counterparts from German-speaking countries, including Germany’s Chancellor Angela Merkel, who speaks Russian herself. For example, earlier this year, he responded to Austrian President Alexander Van der Bellen’s invitation to the Salzburg Festival in his mother tongue. He also used his command of German to make a toast during the former Austrian foreign minister’s wedding last year.
...
Reddit
Google+
Blogger
Pinterest
StumbleUpon
Telegram
WhatsApp
2124

WATCH Putin Speak to Austrian President in Sochi in GERMAN