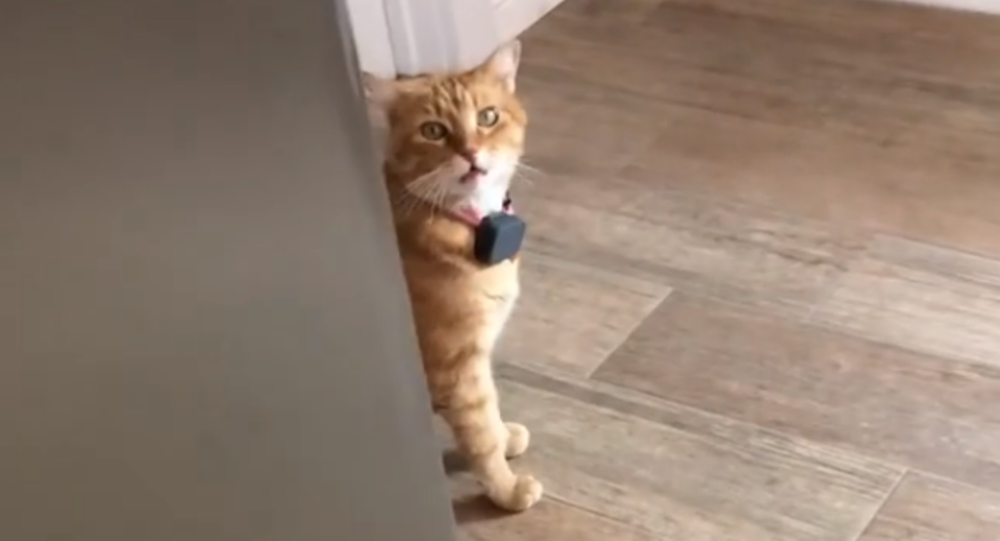 A video of an orange Tabby cat went viral this week, reaching millions of views worldwide and across the internet. Commenters and viewers found the cat's unique voice strangely recognisable as a distinctive accent.

A round ginger cat 'Gambino' has become a global sensation on social media since Monday due to his strange meow, which respondants claim is reminiscent of someone saying: "Well, hi!", in a deep southern accent.

The video, viewed on Instagram over 400,000 times, shows Gambino dashing quickly past a black-and-white cat named Tom, before disappearing behind a refrigerator.

The cat's owner then follows him, and is met with the odd sounding reply from the tabby.

It sounds like he is saying “Well Hi!!! “ in a thick southern accent!! ***Just to clarify, that is a @whistlelabs pet tracker on his collar. #catsofinstagram #cat #meowdy #gambino https://vm.tiktok.com/9qr4tD/

According to Fox, the video has received almost 1.3 million views across the internet, including on Twitter and Facebook.

Many of users say they recognise the response as distinctly 'Southern' with one saying: "Southerners never say hi. They say hay."

A follow-up video was quickly made on Thursday in response to the cat's popularity.

"Gambino has a lot to say about his new found fame!", Gambino's personal page said.

Gambino has a lot to say about his new found fame! Thank you to everyone that has watched the video, commenters, liked, and followed! We could have never imagined the video would blow up like it did!!! We love that his little meow has brought so much joy!

Another said: "Love him! My orange tabby, Big G, has a similar meow. I love the uniqueness!!"

Gambino was once a stray until adopted in December 2014, according to a Facebook post on a page dedicated to Gambino and Tom.

What on Earth is This? Perplexed Cat Confronted by Puzzling Frog and Snake Tandem

Too Fat to Stand on Its Feet: Cat Falls Off Bed Trying to Turn Over