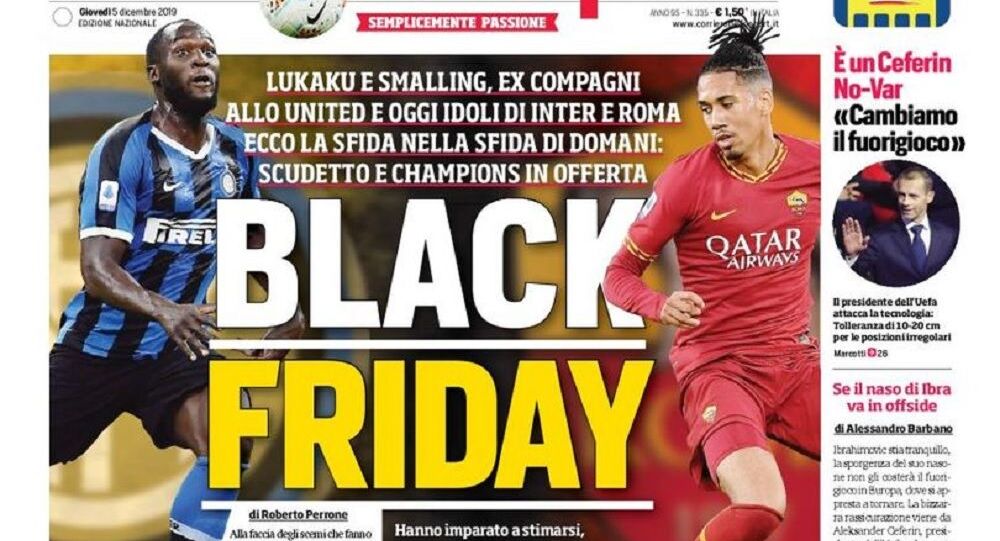 While Fare network and many social media users regarded the newspaper's headline, combined with the front page imagery, as inappropriate, the media outlet itself went on to defend its decision.

An anti-racist group called Fare network has recently set its sights on the popular Italian daily Corriere dello Sport after the latter's choice of headline for a preview of the upcoming match between Inter Milan and AS Roma.

The headline, “Black Friday”, was printed on the front page which also featured a picture of footballers set to take part in the game, Chris Smalling and Romelu Lukaku, both of whom are black, prompting accusations of racism from Fare.

“The media fuels racism every day. This is todays edition of Italian sport daily Corriere dello Sport,” the group tweeted.

The media fuels racism every day.

​A number of social media users also seemed to share Fare's sentiment, with some making rather unflattering remarks about Italy and racism.

Thank you Roma, for consistently calling stuff like this out. Doesn’t belong in the game and no Italian clubs have the balls to say something.

That’s exactly what I said !! Racism runs deep in Italy just like it does here in America , nothing new !

Cracks me up. Someone has thought ‘we need something catchy, punchy- something that will get ppls attention’ Journalist ‘I’ve got it’ - Black Friday!!!’ Editor ‘Sure it’s not a bit racist?’
Journalist ‘nope - they are both black’
Editor ‘sold, let’s print it’ #ohdear

The newspaper went on to defend its choice of headline, arguing that it was “innocent.”