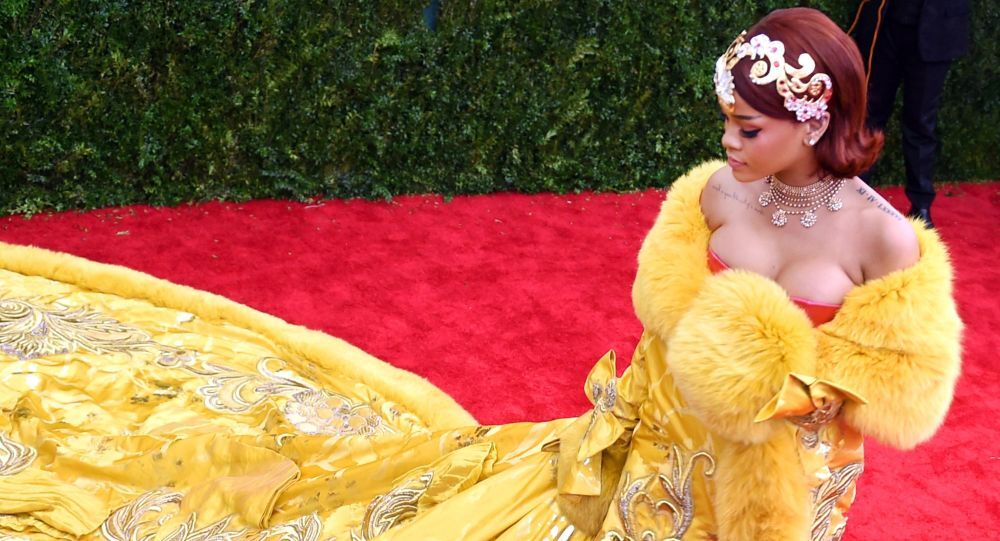 ‘What’s Between the Covers?’ Rihanna Poses Nude with Visual Autobiography on Instagram

Rihanna’s highly-anticipated visual autobiography "Rihanna," released on 24 October. includes 1,050 intimate photos of the artist throughout her life, including her childhood in Barbados, her worldwide tours and some iconic fashion moments.

Singer-songwriter Rihanna hit Instagram on Tuesday, 3 December, posting a photo of herself seemingly nude, posing on a patio, surrounded by a sea of roses.

Have you seen what’s in between the covers? Grab your copy of #therihannabook to find out! There’s an exclusive FENTY X PHAIDON edition available now only at therihannabook.com!

The singer, who is also a fashion icon, is shown covering herself up suggestively with a massive photo book – her newly-released, self-titled visual autobiography.

She captioned the photo cheekily:

“Have you seen what’s in between the covers? Grab your copy of #therihannabook to find out!”

The 504-page book includes 1,050 intimate photos of the artist throughout her life, including her childhood in Barbados and her worldwide tours.

Retailing at $150, it comes with a custom black carton, which features a carrying handle.

Social media fans were in raptures, many referring to the artist as a “queen” and “legend”.

​Others wittily remarked on the visual nature of the autobiography:

queen of knowing that we cant read 🖤

Many rejoiced in a chance to get a glimpse into the megastar's life.

Pure art! Can't wait to finally get my hands on mine 😩

Thank you for sharing these memoRIHs with us. ❤⚓

Thank you so much for letting us embark into your life with these amazing PHOTOS 😍 pic.twitter.com/LSJvmBJwPM

Other comment, however, ranted over how expensive the book was.

Many more netizens, while appreciating the new book, reminded the singer that it was high time to release a new music album.

Next time we ask Rihanna for an album we gotta be specific what kind of an album we want, I just wanted new music tbqh 😩😩

Girl you just trolling us at this point

​Other comments were more reassuring.

The year is soon coming to an end, so probably yes😂😂😂😂😂

But why are y'all in a rush. She'll release it at her own time. CHILL.

In addition to her dive into publishing, RiRi has recently reached some notable achievements in music and fashion, as she was honoured with her first fashion award for her rapidly rising fashion house Fenty.

Janet Jackson presented her with the Urban Luxe Award at Monday's Fashion Awards in London.

Additionally, her album Anti recently became the first album by a woman of colour to spend 200 weeks on the Billboard charts.

Robyn Rihanna Fenty, a Barbadian singer, songwriter, fashion designer, actress and businesswoman, known for embracing various musical styles and reinventing her image throughout her career, is one of the world's best-selling music artists.

© AP Photo / Owen Humphreys
Singer Rihanna watches the action from the stands during the Cricket World Cup match between Sri Lanka and the West Indies at the Riverside Ground in Chester-le-Street, England, Monday, July 1, 2019

Having sold over 250 million records, she earned 14 number-one singles and 31 top-ten singles in the US, and 30 top-ten entries in the UK.

In 2018, the Government of Barbados appointed her as an ambassador with duties promoting education, tourism and investment.