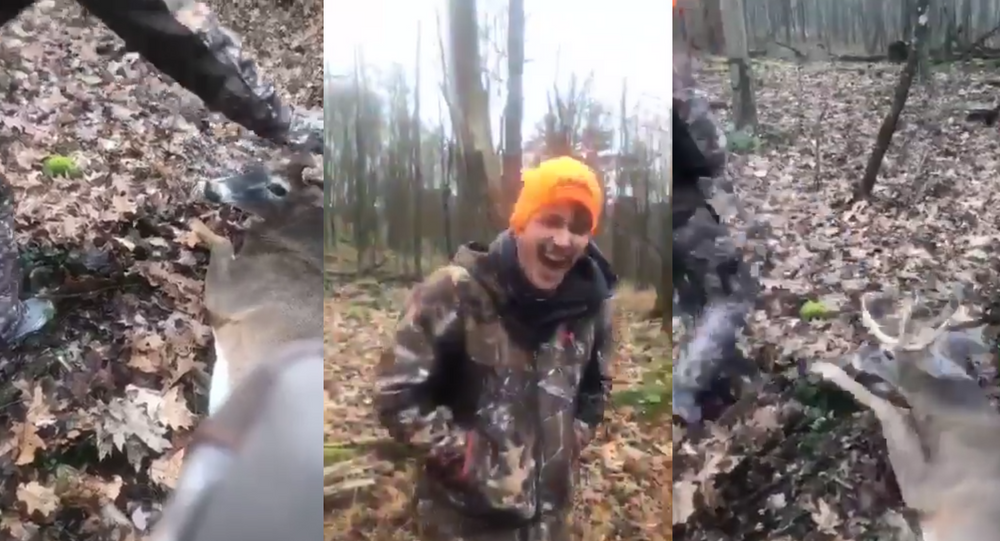 The recent circulation of footage showing two individuals kicking and stomping on an injured deer while laughing has triggered an investigation by the Pennsylvania State Game Wardens and doxxing by social media users.

Pennsylvania state authorities were notified about the footage and informed the public over the weekend that a probe has been launched into a wildlife torture offense potentially committed within their jurisdiction.

The video, reposted to the Pennsylvania Game Commission’s Facebook page on Saturday by Facebook user Gregg Rossman, shows both men in the video laughing near an injured buck while the one recording the video on his cellphone pins the animal’s hind legs down with his boots. The other individual is seen kicking the deer repeatedly in the head before grabbing the animal’s antlers at the direction of the man recording the action.

ANY INFORMATION PLEASE DROP BELOW *EDIT*

The agency posted the following on its social media channels on Sunday: “The Pennsylvania Game Commission is aware of the video. #evil #scum #animaljustice #justice #animallovers pic.twitter.com/0bKah1NOf8

A second clip shows the deer being held down by its antlers while one man kicks his face and the other stands on the animal's neck.

“The Pennsylvania Game Commission is aware of a video purporting to show individuals assaulting an injured deer. The conduct portrayed in the video is reprehensible and potentially a violation of the law,” the Game Commission said in a Saturday Facebook post.

While Rossman and other social media users appear to have identified the two individuals in the video, officials have not yet confirmed if these allegations are true.

Bob Chase, vice president of the Pennsylvania Hunting and Fishing Addicts group, told local outlet KDKA that the recent negative press and social media outrage over the incident has made it harder for hunters who do not engage in such cruel acts.

“It’s not who we are as hunters,” he said. “It sickens me to find out that something like that gets out and a lot of people think ‘hey, this is what these guys do in the woods,’ and it’s not at all like that.”

A Change.org petition calling upon the district attorney of Jefferson County to file charges against the two men “with maximum sentencing.” Mike Wolf, the online appeal’s author, cited the November 25 signing of the bi-partisan Preventing Animal Cruelty and Torture Act by US President Donald Trump. Under the bill, animal “crushing” - known as the unnecessary, serious bodily injury of a living, non-human mammal - is prohibited, and video recording of such an act is a felony offense.

As of this article’s publishing, the petition has received well over 375,000 electronic signatures.

Though the investigation remains in its early phases, the Game Commission’s Chip Brunst revealed to KDKA that dispatchers have received a number of calls from individuals with information pertaining to the footage.

“We do have two suspects in mind, so far,” he said, although he did not name them. “Indications are that one of them may be a juvenile.”