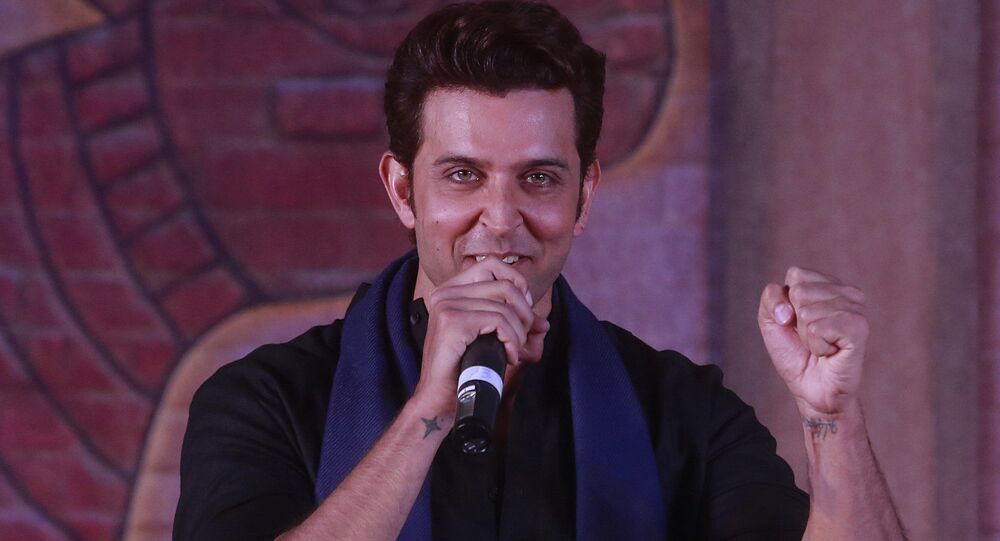 ‘How Vulnerable We All Are’: Did Bollywood’s Star Hint at an Ailment with a Cryptic Picture?

New Delhi (Sputnik): The Greek God of Bollywood, Hrithik Roshan, is an actor who has smitten his female fans with his curly brown hair, hazel green eyes and ripped physique. The actor has left everyone bewildered after posting a cryptic picture of his heart on his Instagram account.

Hrithik Roshan, a rogue actor who is starring in the upcoming film “War”, literally shared the picture of his heart along with a well-written and thoughtful message.

“The shape of my heart . .Literally..How vulnerable we all are. Wish we didn’t need to spend more than half our lives unconsciously trying so hard to be loved by everyone all the time. So easily we forget that we are all the same . . Made of love,” said the 45-year-old actor.

The shape of my heart . .Literally. . How vulnerable we all are . Wish we didn’t need to spend more than half our lives unconsciously trying so hard to be loved by everyone all the time . So easily we forget that we are all the same . . Made of love .

As soon as Hrithik, one of the highest-paid actors of the Indian film industry, posted the picture, his comment section was hit by a flurry of messages from friends and fans.

While many instantly gawked over the picture with love and felt emotional, others felt rather confused and sought clarity from him.

An Instagram user asked Hrithik, “What test it was?” Another said, “When I saw the first words I felt so scared for you and I hope that nothing bad is happening with you.. But then I realised that it is your beautiful wise words.”

Several others simply asked him if he is suffering from any disease.

At the start of 2019, Hrithik had confirmed that his father, filmmaker Rakesh Roshan has been diagnosed with early-stage throat cancer.

Asked my dad for a picture this morning. Knew he wouldnt miss gym on surgery day. He is probably the strongest man I know. Got diagnosed with early stage squamous cell carcinoma of the throat a few weeks ago, but he is in full spirits today as he proceeds to battle it. As a family we are fortunate and blessed to have a leader like him. . Love you Dad.

Earlier in 2013, Hrithik was suffering from chronic subdural hematoma, caused by a brain injury he sustained while performing stings for his film “Bang Bang”. The actor underwent surgery as a result.