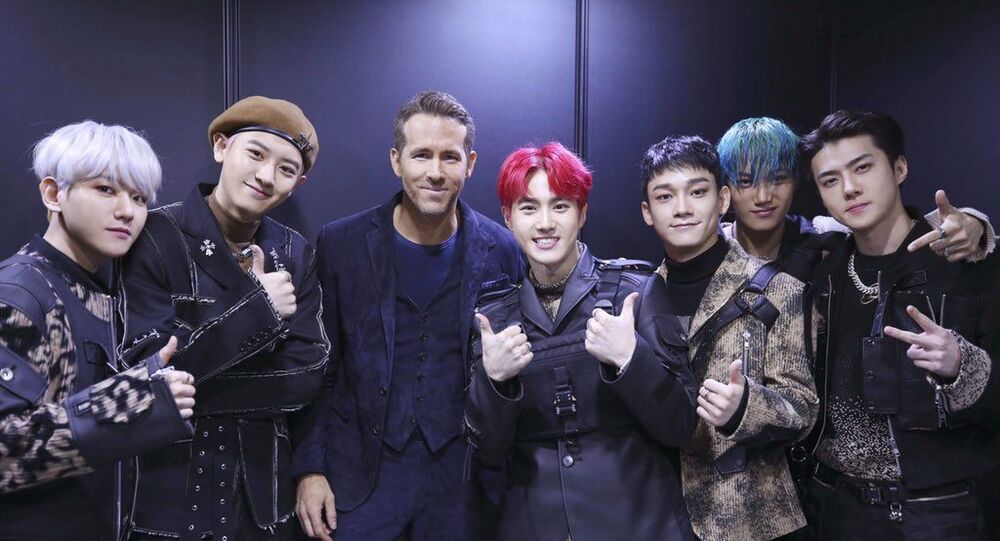 The cast of the $150mln budget movie went to Korea to promote the upcoming premiere in the country and held a Netflix special event.

The popular K-pop boy band EXO performed their new song ”Obsession” at the event as the local representative of Korea, thus performing the group’s comeback hit live for the first time ever. Moreover, Chanyeol, EXO’s main rapper, is a well-known fan of Ryan Reynolds: last year the singer wore the costume of the actor’s most famous character Deadpool for a fan meeting and according to Chanyeol’s IG story – Reynolds saw his costume.

What do you think of your biggest fan?

The proud fan, Chanyeol, updated his Instagram page with a selfie with his idol, while Ryan Reynolds reposted it on his Insta-story.

Sehun, another EXO member, also updated his personal account in Instagram with photos with the actor and the whole group.

Fans are happy that Chanyeol got to meet his idol and proud that EXO attended such an event.

"6 Underground" is an action blockbuster about six elite agents who erased all of their past records, as if they did not exist in the first place, and work to take down criminals.
EXO is a South Korean–Chinese boy band formed by SM entertainment back in 2012, which is usually called “Korean Nations Pick” and has won numerous awards in South Korea and internationally. EXO's sixth album "Obsession" was released on 27 November and took over global charts at #1.