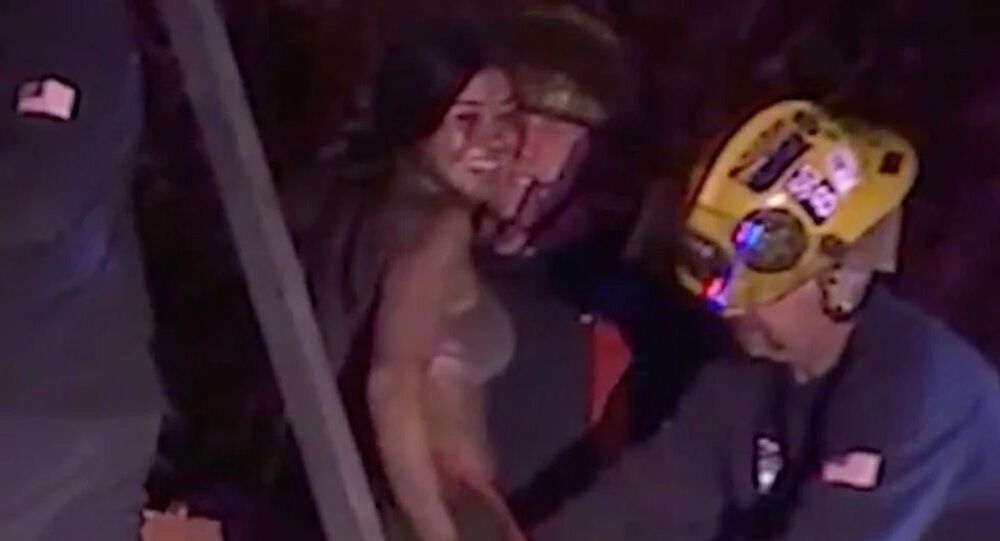 An Arizona teen who tried to slip down her chimney in an attempt to sneak home after a late night out got stuck for more than an hour until firefighters came to the rescue.

The teen decided to attempt to enter her own house through the chimney after she and her friend, identified only as Yasmeen, got locked out Wednesday night and couldn’t find another way inside, FOX 10 reported.

Yasmeen told the outlet that she didn’t know the chimney was blocked at the bottom, so when her friend got stuck she freaked out. Crews set up a tripod over the chimney and struggled to hoist the girl out, according to the report.

The teen was covered in soot when she was finally freed but refused medical attention. She smiled after she was rescued, and declined to be interviewed by FOX 10. The reports said that at the time her parents were out watching movies and were “really mad” upon their return.