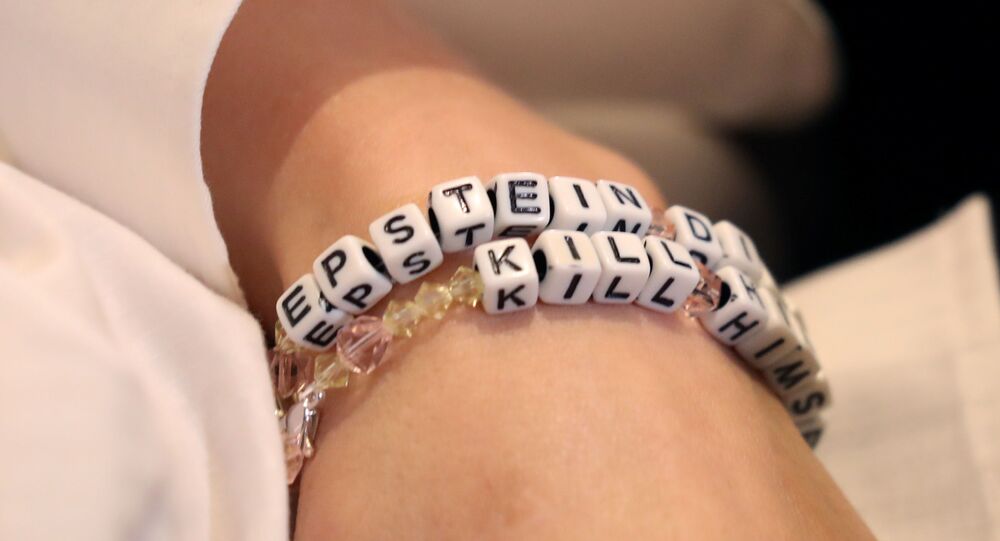 While the audience at the award ceremony seemed somewhat amused by the hip hop artist’s remark, some netizens argued that the “Epstein meme” is old news.

Circumstances of the death of infamous American millionaire Jeffrey Epstein have once again been thrust into spotlight, albeit in a rather peculiar context – at this year’s Australian Recording Industry Association (ARIA) Music Awards ceremony.

During the event, a rapper named Matthew Lambert a.k.a. “Suffa”, founding member of a hip hop band called Hilltop Hoods, was delivering a speech after accepting the award for Best Australian Live Act on behalf of his group, when he suddenly mentioned the name of the alleged sex trafficker.

"Thanks to our wives, our children. And Jeffrey Epstein did not kill himself. Thank you", he said, eliciting laughs from the audience.

The rapper’s move did not escape the watchful eye of the online crowd, with many social media taking note of his remark.

“Thanks to our wives, our children, and Jeffrey Epstein didn’t kill himself.” - Hilltop Hoods at the #ARIAs

Jeffrey Epstein did not kill him self omg 😂😂 #ARIAs

​Some, however, argued that Suffa’s remark shouldn’t be considered shocking as it is merely an “old joke”.

another example of how the #arias mean nothing anymore, just like the logies.

so HH get a moment and a platform to share a message with everyone and they just parrot the epstein meme? what a waste. i thought they'd have had something of value to say. my bad. #ARIAs

Earlier, US congressman Paul Gosar also caught the online public eye after several media outlets noticed that the first letters of several of his tweets spelled "Epstein didn't kill himself."