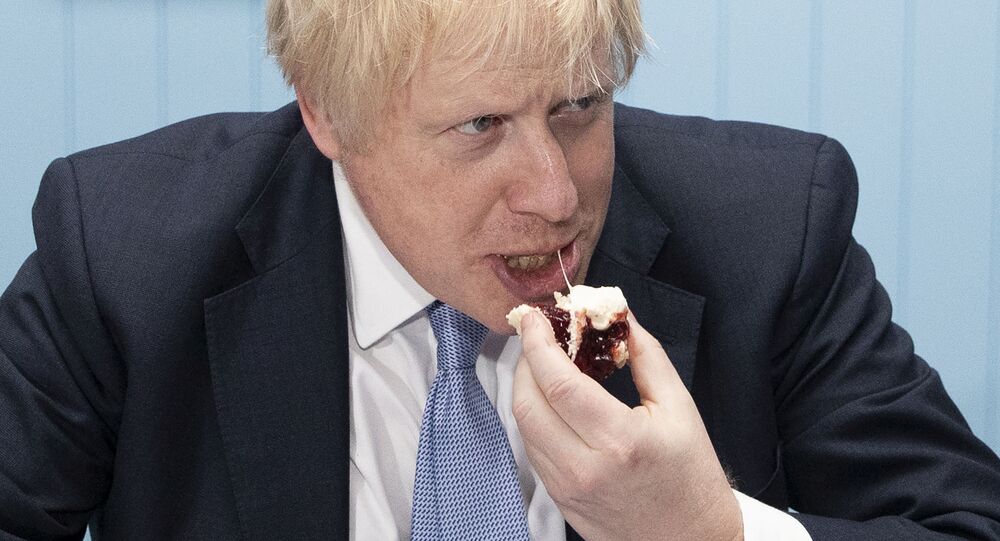 A prominent British journalist wrote in an op-ed earlier this month that senior BBC executives told them they weren’t eager to expose lies by the prime minister due to concerns that it might “undermines trust in British politics.”

It appears that the reputation of Britain’s most famous broadcaster, BBC, has taken a hit as of late as the media outlet’s impartiality was being vocally questioned online by many social media users, with hashtag #bbcimpartiality trending in the UK on 28 November.

As many netizens proceeded to bash the broadcaster on Twitter, questioning its news coverage, some of them openly accused it of propaganda.

So the BBC is basically Fox News now? #bbcimpartiality

When the most accurate part of your news programing is the weather forcast, you really need to take a long hard look at yourself. #bbcimpartiality

I enjoy the Beeb. Hook me up with Doctor Who and Would I Lie To You, and we're cool. But @BBCNews is a joke. If I'm forced to pay a TV Licence, under threat of imprisonment, for state news then that ish needs to be impartial. Right now it's government propaganda. #BBCImpartiality

That #bbcimpartiality is even trending and being brought into question means our democracy is under severe threat. For a state broadcaster to be some openly biased in the direction of the government should ring serious warning bells. Real journalists report facts, no propaganda.

If you pay the TV Tax you are funding Conservative propaganda, end off. Don't pay it, fuck the BBC. #bbcimpartiality

A number of people also called BBC out over its alleged bias amid the ongoing election campaign in the country.

The Media Bias in this election is disturbing. Particularly the BBC. So glad I don’t have a TV license. Corbyn gets absolutely put on blast whilst Boris, the one who’s an on record racist, homophobe, is being followed around preparing and eating scones. #bbcimpartiality

I think we've lost the right to criticise any other country's state-run media after seeing the BBC this election. Not that we had any right to begin with #bbcimpartiality

Laura K should be removed from the BBC election team for this retweet supporting a "pile on" on Corbyn to assist the Conservatives.

Many of us have questioned the lack of #bbcimpartiality for some time. This is just the latest example. pic.twitter.com/8CxOiST3E2

The BBC have really disgraced themselves this election. No media is unbiased, but they have let the mask slip. #BBCBiasAndLies #bbcimpartiality

Glorious leader was eating a scone today such wow! Nice of the BBC to Me me feel right at home and recreate my childhood for me watching glorious leader do awesome stuff 😂. All that’s missing is the cheesy songs praising glorious leader oh and a horse. #bbcimpartiality pic.twitter.com/qxyVmFVbtt

Is this how you hold the Conservative leader to account in a General Election campaign? Because it’s pathetic. #bbcimpartiality @BBCPolitics https://t.co/EjvHDRfbgw

"Oh that Boris, such a scamp. Here's him cheekily eating scones."

Meanwhile: Islamophobic remarks, UK-US Trade negotiations he lied about, an intelligence report on Russia he's suppressing and the Arcuri investigation are ignored.#BBCBiasAndLies #bbcimpartiality

Earlier this month, British journalist Peter Oborne complained in his op-ed in The Guardian that senior BBC executives told him “they personally think it’s wrong to expose lies told by a British prime minister because it undermines trust in British politics”, while author and lecturer Tom Mills later wrote in the newspaper that “even at the best of times BBC journalism tends to lean towards the government of the day.”