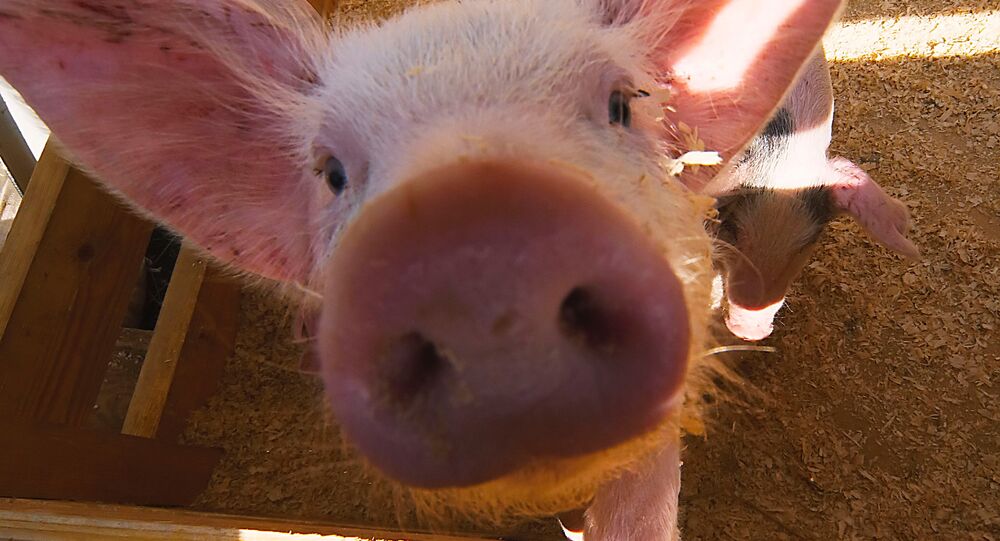 Love at first sight really exists and even animals can experience it. Unfortunately, it can be unreturned and the piggy from the video knows a thing or two about it.

"Good morning, we have an issue,” began the live broadcast of Lazos Mantikos, a Greek television reporter.

Lazos should have made a report about coastal flooding in Kineta, but he was interrupted by the lovestruck piggy, which chased the reporter and didn't let him begin the broadcast.

Greek journo pestered by a pig while reporting on the recent floods in #Kinetta #Greece #tv #bloopers #ant1tv #Ant1news pic.twitter.com/vsLBdlWCMB

“Giorgos can you hear me, we have a pig here that has been chasing us since this morning … folks sorry I can’t stand [still] because it’s biting me,” the reporter complained to the hosts, according to The Guardian. The members of the studio, in turn, erupted with laughter.

The aggressive flirting of the female swine that was pursuing the reporter was shown by the channel's broadcast footage.

Despite the funny piggy-in-love moment, the issue of the broadcast was sad, as a lot of people had to be rescued from their homes and cars after torrential rains led to flooding and mudslides in the region earlier this week, according to the Associated Press.

“Lazos, because it’s a tragic issue and we are counting our wounds in Kineta, try and work things out with the female pig,” one of the anchors, Giorgos Papadakis, reportedly told Mantikos in response as he attempted to cover for the journalist by making light of the matter.

Twerking Like a Pro: Cute Little Piggy Knows How to Shake Its Bacon

Charming Piggy Carrying Out Training Session With Puppies on Farm