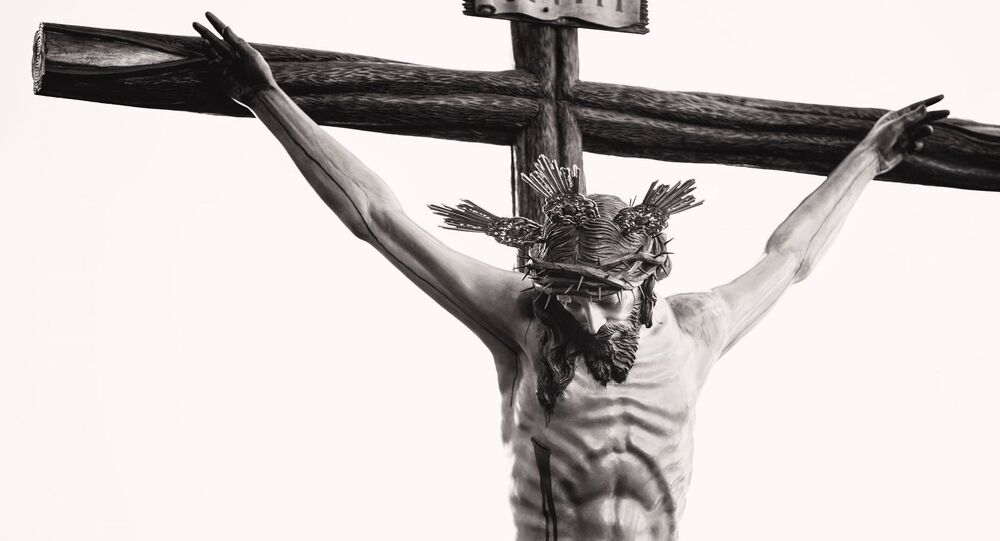 In the Name of Genesis? Baby Jesus Statue That Looks Like Phil Collins Cracks Up Internet

The 22-foot statue made of fiberglass, resin, and automotive paste is not only unique by its resemblance to the famous singer, but may also end up in the Guinness Book of World Records as it is appears to be the biggest statue representing Jesus Christ as an infant.

Sometimes fans are a bit over-zealous in showing love for musicians and other celebrities, but it seems that a church in Mexico took the cake when it ordered a statue of baby Jesus Christ that turned out to be a giant lookalike of Phil Collins. The 22-foot monument bears a striking resemblance to the former drummer and lead singer of Genesis with the same front hair tuft and blue eyes.

​Priest Humberto Rodriguez told Central European News he only ordered a statue that would fit the La Epifania del Señor church and did not comment on its resemblance to the famous musician.

Social media burst into laughter upon hearing the news.

​Some netizens said that it is only natural that the massive statue of the Savior looks like the renowned artist, pointing to Collins’ heavenly performance on the drums and the band’s name.

Well, Phil was a god on the drums

Genesis is the first book in the Bible!

Other users contended that the humongous statue bears a resemblance to other celebrities and even Russian President Vladimir Putin.

I think it looks more like Nicolas Cage pic.twitter.com/I8yuTmyqtP

why does jesus have six tits?

​Other users wondered why Jesus Christ, who was born in the Middle East is portrayed as a white male with blue eyes.

It doesn't look like Phil Collins, but why do they always make the middle east Jew blue eyed.

​Still others perfected their Photoshop skills and made jokes.

Finally someone giving Phil the credit he deserves

The story doesn’t end here as it turns out. The statue may end up in the Guinness Book of World Records. La Epifania del Señor church found out that the biggest statue of baby Jesus to date was just 16 feet and 661 pounds, while their statue is 22 feet and weighs 2,000 pounds. Priest Humberto Rodriguez said he has contacted Guinness World Records to confirm their record.