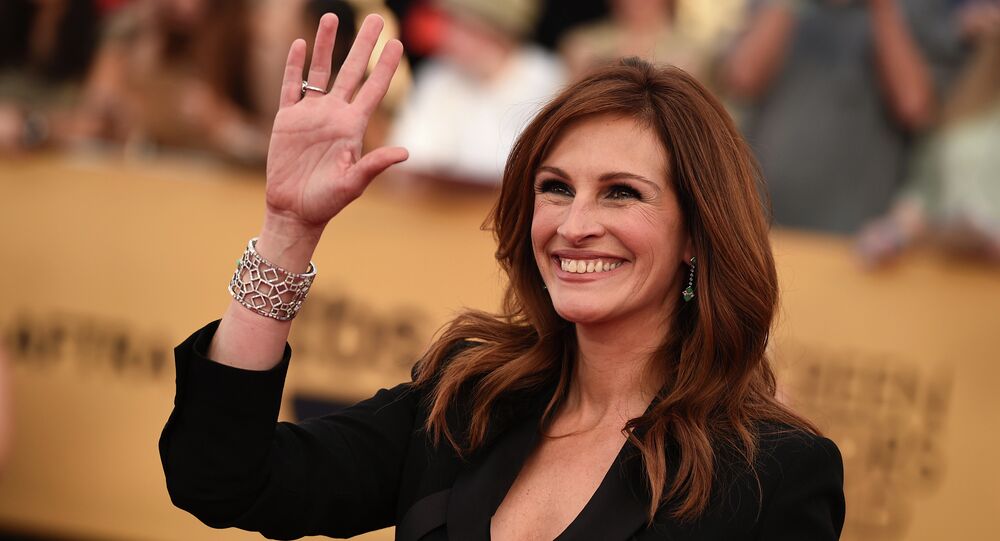 Several actresses had been rumoured to star in Harriet, a 2019 American biographical film based on the life of abolitionist Harriet Tubman, who escaped slavery and led hundreds of enslaved people to freedom on the Underground Railroad. British actress Cynthia Erivo was eventually cast as Tubman.

In a recent interview, “Harriet” screenwriter Gregory Allen Howard said that when determining casting for the biopic, a Hollywood executive had allegedly floated the idea of Julia Roberts playing the iconic abolitionist and activist Harriet Tubman.

In a Q&A for “Harriet” studio Focus Features, as well as a piece for the LA Times, Howard was asked about the production history of the film, his first Hollywood assignment at the time.

The screenwriter said the climate in Hollywood was very different back then, and recalled being told about one “then-president of a studio sublabel” allegedly saying at a meeting: "This script is fantastic. Let's get Julia Roberts to play Harriet Tubman."

Howard wrote in the Times piece:

“Fortunately, there was a single black person in that studio meeting 25 years ago who told him that Harriet Tubman was a black woman. The president replied, 'That was so long ago. No one will know that.'"

Eager to voice their opinions on the story, netizens were split in their comments, with many genuinely disgusted by the alleged incident.

If you’re chasing a Hollywood dream and feel doubtful you’ll ever make it, remember there are executives getting paid shit loads of money to suggest JULIA ROBERTS should play Harriet Tubman. A jar of cockroaches is more qualified than some of these people so DON’T GIVE UP.

I swear they do everything to not cast black or brown people, they will rewrite history to not do it.

​Some users deplored the fact that actress Julia Robert’s name was trending in connection with the story, pointing out she had nothing to do with this narrative.

Why is Julia Roberts named but not this studio exec?

They’re dragging JR’s name but not the studio exec’s? 🤷🏾‍♂️

​Others on Twitter were skeptical, and recalled recent instances of “unorthodox” casting.

But a Black Achilles and a black female James Bond is totally fine?

Come on though. A black James Bond is ok, a black thomas Jefferson is ok? Double standard at its finest.

​Some wondered if the incident ever really happened, as it sounded more like an “urban legend."

Remember that people tell made up stories to drum up press for movies.

Me waiting for the facts because this feels like a troll. pic.twitter.com/NxZRA4Sctr

Others argued that the incident might very well have happened.

I was working at a studio 25 yrs ago and I definitely recall this being talked about on the lot. It sounded as if the exec had no clue who Tubman was when he seriously suggested Roberts for the role. When informed that Tubman was black, he replied, "Does she have to be?"

​There were Twitter fans who genuinely believed the alleged studio executive may have been oblivious as to who Tubman was.

A lot of white people of a certain age have no idea who Harriet Tubman was. Like I am sure he legit thought the producers were bringing him a script about a little-known historical figure. #JuliaRoberts

In the Q&A, Howard credited the success of films like “12 Years A Slave” and “Black Panther”, with black themes and black actors, for paving the way for “Harriet.”

“When I started on Harriet, many people dealing with black material were writing history lessons — which I hated,” he continued. “I saw her story as a genre piece. That’s exactly what I wanted — to make her story accessible to a mass audience.”

The film Harriet, which had its world premiere at the Toronto International Film Festival on 10 September 2019, and was released theatrically in the United States on 1 November, is a biographical film about Harriet Tubman who was born into slavery but escaped and became an abolitionist.

Be free or die. Watch the official trailer for #HARRIET, the unbelievable true story of Harriet Tubman. In theaters this November. pic.twitter.com/HcSUX4ZkAA

Directed by Kasi Lemmons, who wrote the screenplay with Gregory Allen Howard, it stars British actress Cynthia Erivo as Tubman.

A biography about Harriet Tubman had been in the works for years, with several actresses rumoured to star, with Erivo eventually cast in February 2017.