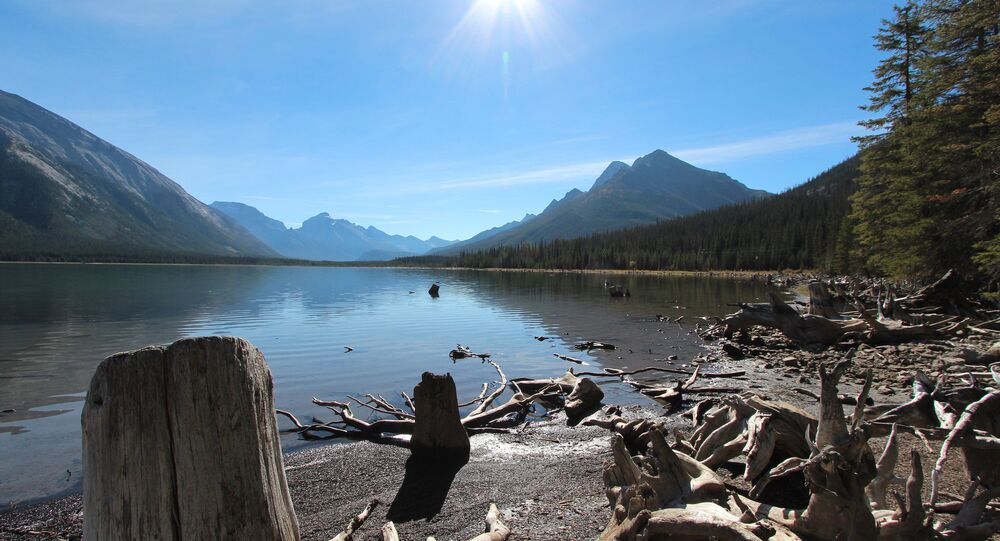 ‘What the Hell, Canada?’ Internet Puzzled by Mysterious Howls Coming From the Woods – Video

A series of strange and mysterious howls were recently caught on tape by a Canadian hunter, and netizens could not help but speculate about the nature of the sounds – with the craziest theories coming up, including those pointing to such legendary creatures as Sasquatch or Wendigo.

Gino Meekis was hunting grouse several kilometres from Sioux Lookout, Ontario on 3 October alongside his wife and grandson when the family heard the strangest and eeriest sounds, faintly resembling screams. The video, later posted on YouTube, has collected almost a million views, with people left guessing about who or what could have made these sounds.

Meekis, who was later approached for comment by Vice, is an experienced hunter accustomed to different sounds in the Canadian wilderness but even he was confused by the howls.

“When it let out the first scream, I thought it was a moose, but my mind changed when it screamed again and again”, the hunter said. He began recording the shrieks almost straight away, as well as his grandson trying to mimic them. The family retreated to their vehicle shortly after the sounds appeared to move closer, as Meekis’s wife became particularly scared of the noise.

“I've heard many different animals in the wild but nothing like this. I grew up hunting with my grandfather for the first 12 years of my life”, Meekis said.

Although many YouTube users have suggested the sounds could be attributed to a wolf or an injured animal in distress, others alluded to the existence of otherworldly creatures, such as Sasquatch, a werewolf, or even to a malevolent folklore spirit called Wendigo.

Some netizens, however, were not frightened by the howls captured in the video, joking that it had simply recorded the collective cry of Canadian hockey fans watching their team lose or someone stepping on a lego.

© Photo : YouTube/cbassa
UFO or Satellite Parade? Hawaiians Alarmed by Mysterious Lights in Night Sky
“Sounds like my mother in law”, a YouTuber wrote.

While Canadian biologists from Ontario’s Ministry of Resources and Forestry were skeptical about the otherworldly nature of the sounds, suggesting that it could be attributed to a large mammal instead, they remained uncertain of the source, with the video still posing more questions than answers.