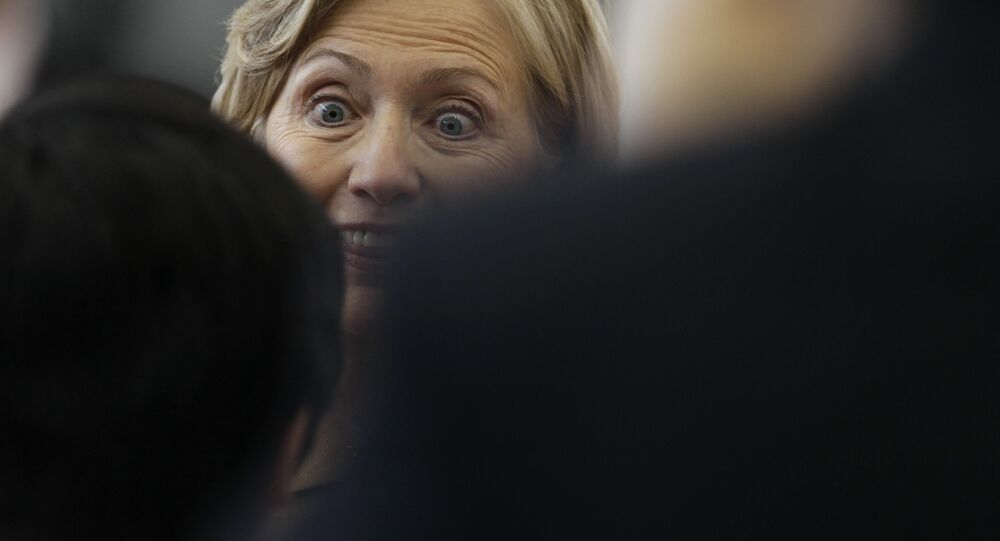 Former U.S. Ambassador to Ukraine Marie Yovanovitch testified before the House Intelligence Committee on 15 November as a ''witness'' in the ongoing impeachment inquiry initiated by the House Democrats against President Trump. Yovanovitch is testifying despite her replacement two months before the 25 July call that prompted the impeachment probe.

Former US Secretary of State and failed 2016 presidential candidate Hillary Clinton lashed out at President Donald Trump for his recent tweets about US ex-envoy to Ukraine Maria Yovanovitch, calling it ''witness intimidation''.

Witness intimidation is a crime, no matter who does it. Full stop.

However, users on Twitter rushed to remind Clinton of her own misdemeanors, including the devastating wars in the Middle East, as well as supposed corruption crimes and the Monica Lewinsky scandal.

It's always a laugh hearing you talking about other people committing crimes.

So is abandoning Americans in Libya pic.twitter.com/IDzUjyeNeo

The liberal establishment and Democrat elite really do think enough Americans are so ignorant, that they can fabricate a basis for impeachment, and sell it to the citizens. They are angry that at least 70 million voters are not gullible and ignorant; and can indeed discern a lie.

@HillaryClinton Doesn't Intimidate Witnesses, She Has Them Suicide'd

Remember when you used to cast your husbands victims off as obsessed or loose moraled? And try to castigate them publicly, intimidating them with your political power and money?
Haha! Epstein was murdered!

Trump's comments on Yovanovitch were read out loud by Chairman Adam Schiff (D-CA) during the House impeachment hearing on 15 November, claiming it was part of a "witness intimidation" campaign.

In a serious of recent tweets, Trump criticised Yovanovitch for her performance during the impeachment hearing against him and defended his decision to replace her at the post back in May.

Everywhere Marie Yovanovitch went turned bad. She started off in Somalia, how did that go? Then fast forward to Ukraine, where the new Ukrainian President spoke unfavorably about her in my second phone call with him. It is a U.S. President’s absolute right to appoint ambassadors.

The impeachment inquiry against President Trump was launched on 24 September over a whistleblower complaint that the President allegedly put pressure on the Ukranian president Volodymir Zelensky to investigate into potential corruption dealings of Joe Biden and his son in Ukraine. It turned out later, however, that the information provided by the so-called whistleblower was ''something they heard from somebody else''.

Right from the start, Donald Trump has dismissed the impeachment inquiry against him as another ''witch hunt'' and insists that pure hearsay cannot serve as the basis for impeachment.