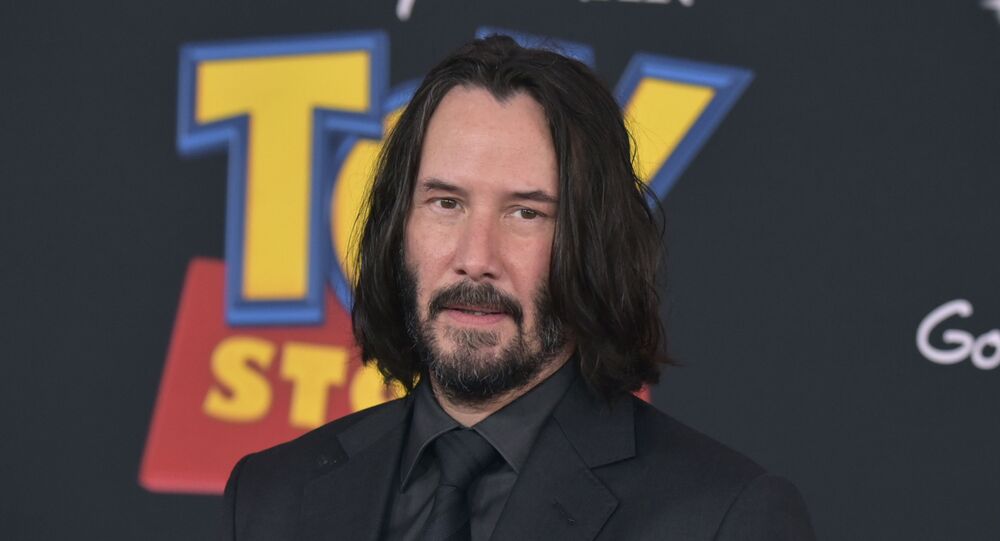 This is not the first time that creators of the SpongeBob animated series have invited famous actors to appear in cameos. In the 2004 movie, David Hasselhoff, star of the Baywatch series, helped SpongeBob and his friend Patrick to get back home by shooting them from his chest… Well, that’s SpongeBob!

Are you ready, kids and grown-ups? We can’t hear you? Keanu Reeves will star in the new SpongeBob movie as tumbleweed! Paramount Pictures has released the first trailer for “The SpongeBob Movie: Sponge on the Run” where the 55-year-old actor plays a character called Sage, who is made of, surprise-surprise, sage.

Guyss, Spongebob The Movie: A Sponge on the Run's trailer is out now on Youtube.

and Keanu Reeves is everywhere😂😂😂 pic.twitter.com/lOM7epC2Dl

​People on the internet cannot stop talking about the movie, however, most of the discussion is not about the film itself, but about Keanu Reeves’ cameo. Whoever came up with the idea of inviting Reeves did a splendid job, because netizens can’t wait to see the movie, even those who never liked SpongeBob.

I never got into Spongebob, but I may watch this just to get some more of Keanu in my life.

​Some users said that if film studios want their projects to be successful, they should cast Keanu…in every film and add him to earlier movies.

Just put Keanu in the movie n it will be a success.

​Others thought that Reeves’ character looked a little like Jesus and spoke of the third coming.

Its official. Keanu Reeves is the next coming of Jesus Christ. Tell me wrong.

​In the movie SpongeBob embarks on a road trip to find his missing pet, a snail named Gary. Many users pointed out the film’s creators had simply rehashed one of the episodes in the tv series.

There was an episode of Spongebob losing Gary already. Is everyone that devoid of ideas lately? "B-but Keanu Reeves is in it, so you should go see it! Everyone loves him!" Give me a break.

​“Sponge on the Run” will be the first movie animated in stylised CG instead of 2D animation, something that was criticised by netizens.

Not interested because you got rid of 2D animation in favor of that bad 3D Animation From the previous film.

​Besides Reeves, the film has another Hollywood heavyweight, composer Hans Zimmer, who did the score for 1994's the Lion King, The Dark Knight saga, and Pirates of the Caribbean. “Sponge on the Run” will hit the screens on 22 May 2020.