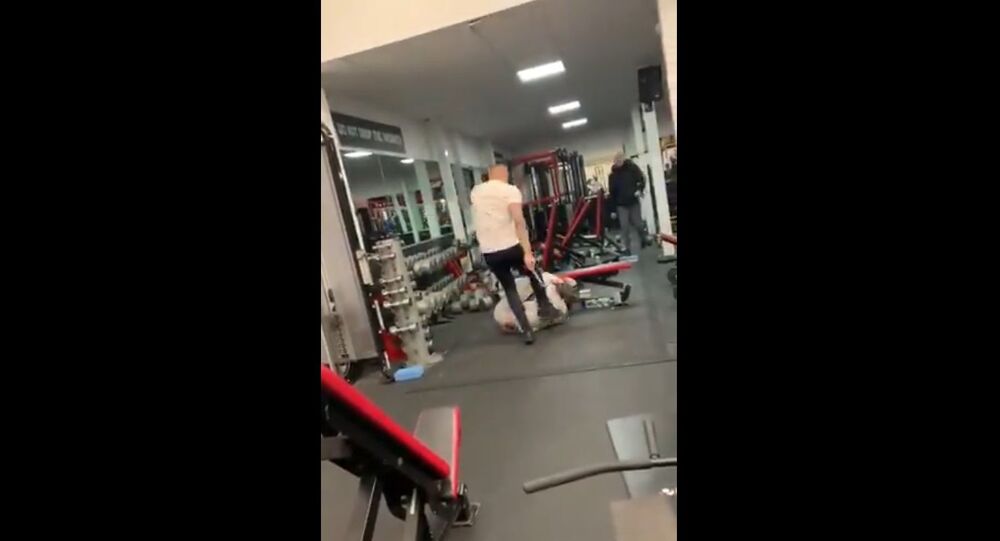 Angry Men Smash Each Other With Workout Equipment in Essex, England - Video

The wild fighting has gone viral on social media, receiving a wide range of reactions - from comments on how disturbing it is to the giggles and amusement of those who found it exciting.

A crazy fight with the use of workout equipment has been caught on camera in Brentwood, a town in the county of Essex in the east of England. The video shows a gym-goer fiercely beating another man with some kind of a bar, while other people quickly leave the battlefield for their own sake.

The clip has gone viral on Twitter, with over two million views.

so man are fighting in the gym now 🥴 wow pic.twitter.com/IIa7O1BWUz

Things got completely out of hand moments later when the attacker started kicking the man who was lying curled on the floor.

A 27-year-old man and a 17-year-old boy have suffered bruising and cuts, as they were unluckily involved in the fighting.

​The reaction on Twitter was overwhelming, from users expressing disgust and shock to those who found it super amusing.

Your in gym training training muscles.... but you use the equipment as weapons 🙄🙄 pic.twitter.com/lqVAJPD2kA

Channing Tatum has had enough pic.twitter.com/suVjurwHqU

The fighters have been 'banned from the Brenton gym "for life''', the company said in an official statement on its Facebook page.