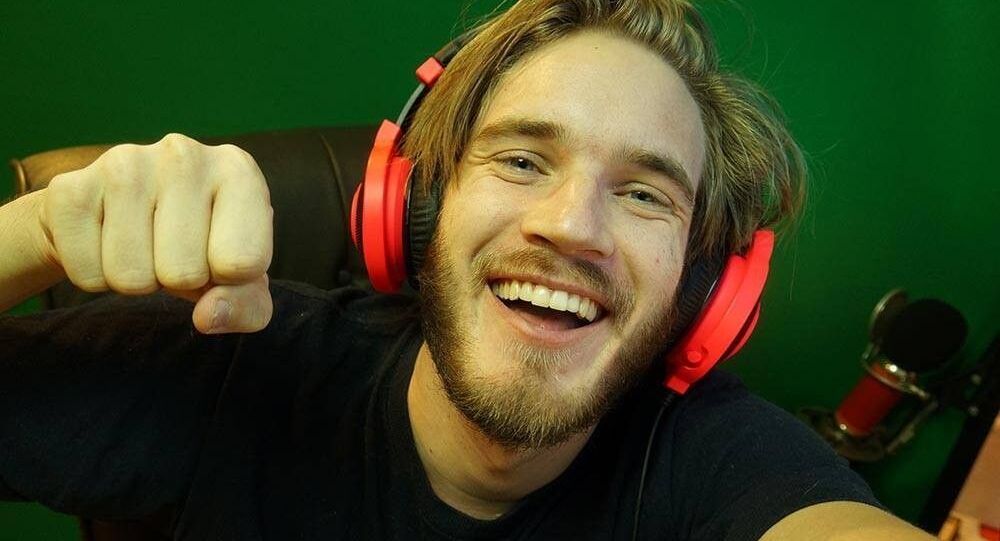 Ima Kick Yo A**! PewDiePie Reveals Names of YouTubers That He'd Beat in a Fight

The announcement comes days after a boxing match, the second of its kind, between two other prominent Youtube stars – vlogger Logan Paul and vlogger, rapper KSI – that ended with a controversial victory of the latter.

PewDiePie has revealed a list of YouTube celebrities that he would defeat in a good old-fashioned fight. In a recent video, the King of YouTube, whose channel hit the 100-million subscriber mark this summer, presented a table with people who've attacked Pewds over the years.

He divided the table into three categories – they would kick my a**, fair fight, and I would kick their a** – and filled them by dragging photos of prominent YouTube bloggers.

James Charles, Tana Mongeau, Shane Dawson, and others were added to the "I would kick their a**" section. Hollywood star and vlogger Will Smith, who often appears in action movies, was first put in the "fair fight" but then PewDiePie, also known as Felix Kjellberg, decided that he could beat the 51-year-old actor by saying "ok, boomer".

Assessing his chances in a fight with rapper and vlogger Olajide KSI Olatunji, who recently beat another YouTube star Logan Paul, Pewds said that the 26-year-old would kill him, but then said he could come out on top by taking off KSI’s bandana, which he frequently wears. KSI’s long-time rival Logan Paul was put in the "fair fight" section for being bigger and stronger.

© Photo : pewdiepie/instagram
Twitter Erupts as PewDiePie Asks Followers Who to 'Fight to Death' Ahead of KSI-Logan Paul Rematch
Whether or not we will see Pewds clash with his critics in the ring is unclear as he has not commented on the issue, but no one can defeat the 30-year-old internet star when it comes to subscribers.

Pewds’ channel has 102 million subscribers, making him the most followed YouTube blogger. But Pewds doesn’t intend to rest on his laurels. It seems he is now planning to take on the gaming industry by launching another game, set to be released on 15 November.