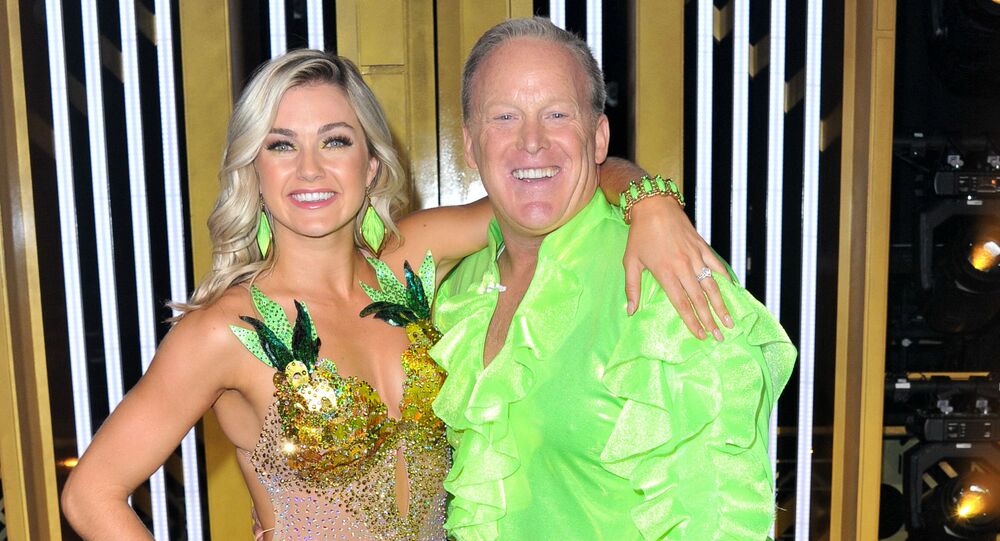 Sean Spicer Gets Kicked Out of ‘Dancing With the Stars’, and Trump Appears to Take it Personally

Former White House press secretary Sean Spicer hadn’t been the brightest of the stars on the show and was finally eliminated after a month of getting the lowest scores from the judges.

Donald Trump has surprisingly scrubbed a Twitter post endorsing his former spokesperson on Dancing With the Stars, the US analogue of Strictly Come Dancing.

In a now-deleted tweet on Monday, Trump wrote: “Vote for Sean Spicer on Dancing with the Stars. He is a great and very loyal guy who is working very hard. He is in the quarterfinals – all the way with Sean.”

Spicer was the White House press secretary during the first six months of Trump’s presidency; he resigned in July 2017, reportedly over his opposition to the appointment of Anthony Scaramucci as director of communications.

On Monday night, Sean Spicer was voted off the competition due to a combination of low marks from the judges and viewers. Spicer had received the lowest scores from the judges each week for the past month, since the departure of Lamar Odom, but there’s a widespread assumption that viewers had helped him survive with their votes because of his White House stint and not because of his dancing skills.

Few things illustrate the absolute death cult that is Trump’s hardcore superfans as perfectly as tens of thousands of people watching Sean Spicer dance extremely poorly and then voting that he was actually the best, anyway, because MAGA or something

Donald Trump replaced his deleted tweet was with another one praising Spicer for a “good try.” The latter, in turn, thanked the president for his “continued support.”

Thank you @POTUS @realDonaldTrump I can’t begin to express how much your continued support has meant, especially during my time on @DancingABC https://t.co/1uLvApIPdp

Trump is not particularly known for deleting his tweets, and virtually all of his most controversial messages are still on. His previous Spicer-praising tweets remain untouched as well.

Some people have suggested that Trump might have taken Spicer’s defeat too personally.

“It’s almost as if he can’t abide the fact that his endorsement lacks sufficient power,” one commenter wrote.

It’s a minor thing but nonetheless telling that Trump deleted his tweet promoting Spicer. It’s almost as if he can’t abide the fact that his endorsement lacks sufficient power. pic.twitter.com/zDxZ77wfGc

Others just couldn’t help but deride Trump as the exact opposite of Midas.

Trump is the touch of death.

He supports Spicer, a man without any shame, who got paid 6 figures to dance for ABC and...he lost tonight.

Trump rallies for Gov Bevin in Kentucky. He lost.

Didn't you just tweet this earlier tonight, telling people to vote for Sean Spicer on #DWTS?

We see you haven't learned your lesson from Kentucky yet. Good.

Trump went to Alabama in search of a stadium that wouldn’t boo him. LSU won for the 1st time in almost a decade.

Trump goes to the Alabama football game this weekend, and Alabama loses.

Donald Trump is a loser.