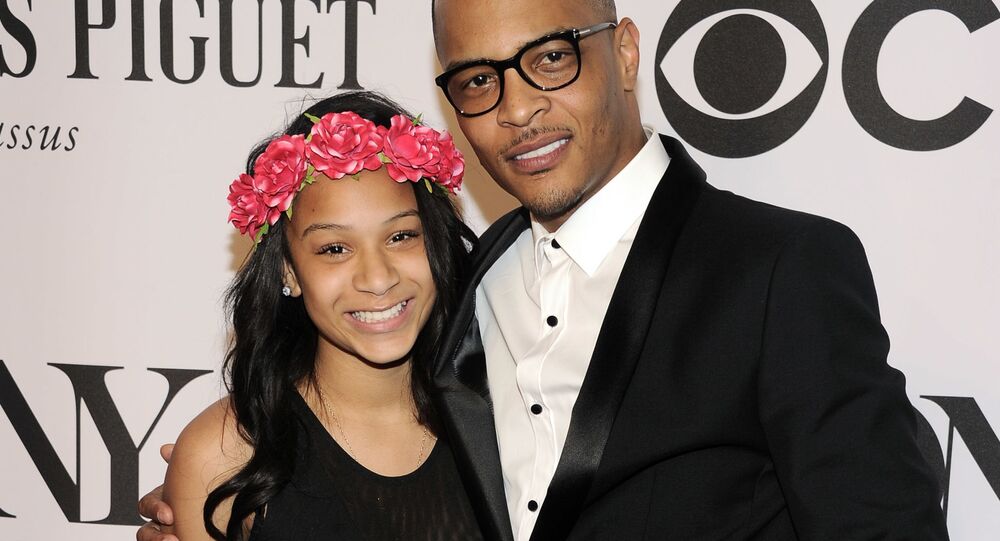 Netizens Stunned as T.I.'s Daughter Unfollows Him on Instagram Amid 'Hymen Checks' Reveal

Deyjah Harris has also apparently unfollowed both her stepmother and stepsister on Instagram, though she still follows the former on Twitter.

As the media outlet points out, it wasn’t immediately clear when exactly Deyjah performed this move, speculations abound that it took place after the rapper said during a recent "Ladies Like Us" podcast that he takes his daughter to gynecologist for regular hymen checks.

Also, it appears that Deyjah is no longer following T.I.'s wife, Tameka "Tiny" Cottle, and her stepsister Zonnique Pullins on Instagram, though she does follow Tiny on Twitter, Hollywood Unlocked notes.

I feel bad for Deyjah Harris but I more feel bad for T.I.’s uneducated ass. Imagine thinking whether or not your hymen is intact indicates virginity 🤡🤡 pic.twitter.com/nlLz5L8YNi

​Some apparently took a dim view of the way this issue was covered by media.

One person breaking HIPAA privacy laws does not give the media carte blanche permission to amplify that horrifying breach of privacy for clicks and views. That may be legal. But that isn’t humane.

​And yet there were also those who offered a different take on the rapper’s behavior.

Who cares what she: "likes" or don't; the man is protecting his daughter, so 20 years down the road, she doesn't do an interview about how she was raped, and her Family never knew about it! Two side to every coin! A lot of that going around nowadays too!