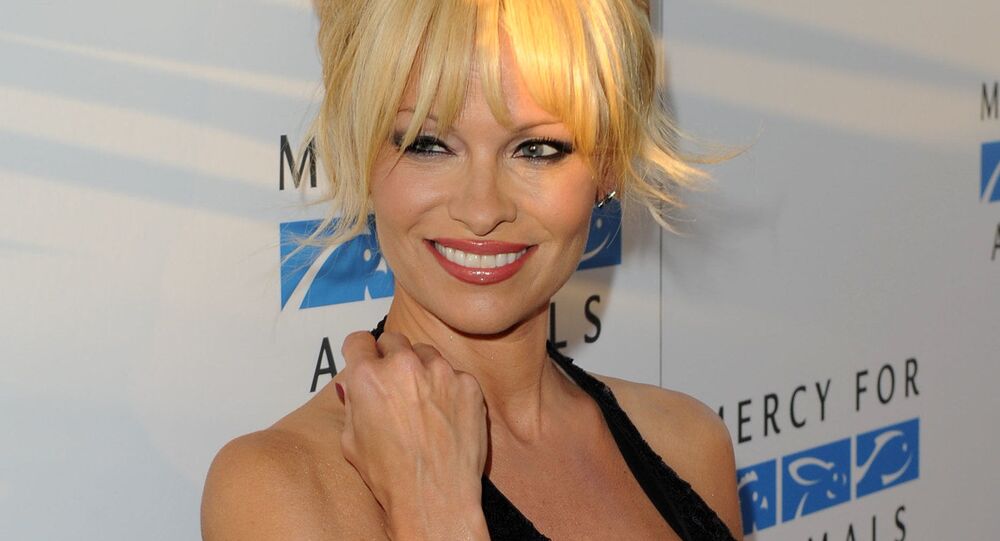 On 8 November, actress and activist Pamela Anderson posted an open letter to US President Donald Trump and the first lady, advocating a pardon for her close friend, WikiLeaks founder Julian Assange.

Actress and activist Pamela Anderson on Monday posted a series of photos dating back to 2005.

At the time, she joined then-newlyweds Donald and Melania Trump for a celebration at the Trump Taj Majal in honour of the future president’s birthday.

Pamela Anderson tagged the US President and First Lady in her post, with the caption “once upon a time”.

The post sparked a mixed reaction on social media, with some dubbing her a “traitor”.

This is so wrong. Traitor

Pamela. What were you thinking.

​Some comments made reference to the Baywatch star’s 2018 interview for The Hollywood Reporter, when she said of the 2005 photo op:

She was paid for one of these. https://t.co/HIRgYCbuiD

​Other netizens called the photo of the three “awesome.”

You are a tv legend Pam!

​Still others made reference to the activist’s open letter to Donald Trump, urging POTUS to pardon Julian Assange:

Work with him. Help get assange out.

FREE Assange before it's too late Donald Trump

I can only hope @realDonaldTrump hears the voice of justice, truth & The People and does WHAT'S RIGHT by stopping the torture of Julian Assange. #FreeJulianAssange #FreeAssangeNOW #FreeAssange pic.twitter.com/Q0irpaAlEQ

“Leading Couple of the People”

In her letter, Anderson, a passionate supporter of Assange, hailed the Trumps as “the leading couple of the people”.

She went on to link Trump’s success to the “honest journalism” published by Assange and WikiLeaks, adding that Trump is being threatened by the same forces behind Assange’s imprisonment.

Calling Assange’s treatment part of a “conspiracy to destroy your presidency”, Anderson then asked Trump to pardon her friend and block his extradition.

The animal rights activist then requested a meeting to discuss the environment, and suggested that the first lady could partner up with Anderson’s foundation on a project to protect endangered species.

Julian Assange, an Australian citizen, is currently serving a 50-week jail term for skipping bail in 2012 to avoid being sent to Sweden, where he was wanted on charges of sexual assault, which he rejected as politically motivated.

© Sputnik / Maksim Blinov
Pamela Anderson Claims UK, Australia ‘Subservient’ to US For Keeping Julian Assange Behind Bars
Assange, founder of WikiLeaks website, sought refuge in the Ecuadorian embassy in London and stayed there for almost seven years until April this year, when Ecuador stripped him of his asylum status.

He is facing an extradition to the United States on charges relating to the publication of diplomatic cables and exposing damning evidence against the US-led military campaigns in Afghanistan and Iraq.

The extradition proceedings in Julian Assange’s case will begin in February 2019, with the whistle-blower facing 175 years in prison if found guilty of all charges.

A War on Whistleblowers: Highlights From the 'Don't Extradite Assange' Rally Outside UK Home Office